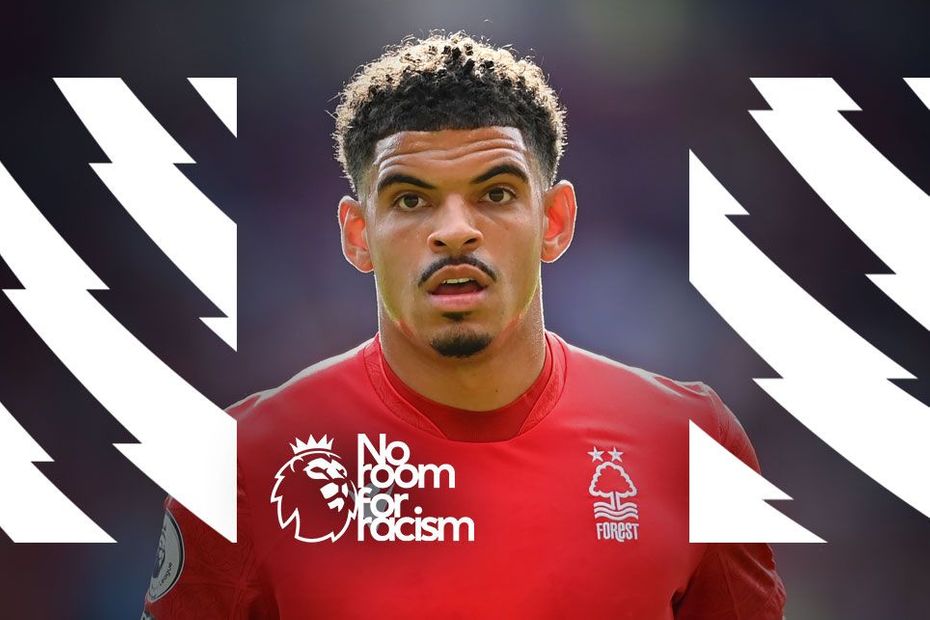 This weekend Premier League players will again take the knee ahead of matches dedicated to the Premier League's No Room For Racism initiative to demonstrate that racism will not be tolerated.

One of those players will be Morgan Gibbs-White, who says the action has personal significance after he was racially abused while playing for England in the Under-17 FIFA World Cup in 2017.

"Taking the knee means a lot to me, being the colour that I am and having racial abuse directed towards me in the past," the Nottingham Forest midfielder said.

"We're coming together to stand up and try and fight against discrimination, so the more support and awareness we can raise the better."

Premier League players first started taking the knee in the summer of 2020 to show their support for the movement for racial equality, and Gibbs-White says that was an important moment for him.

"When I saw everyone taking part, I was like, 'Wow, everyone's really buying into it,'" he says.

"I know there was a spike in racial abuse when we started taking the knee, but I am pleased we haven't shied away from it. As long as we can keep going and raising awareness, it will make a positive change.

"Taking the knee was the biggest stamp on racial abuse we could do at the time, and it created a lot of awareness. Just to know that everyone was coming together and being together in that moment was a special thing."

Taking the knee is bigger than football.

Gibbs-White says the decision by Premier League players at the start of the season to use specific moments during the campaign to take the knee is worthwhile.

"It's important because racial abuse is still going on to this day," he says. "The more we can raise awareness and speak about it, the better off we can be.

"People and fans all around the world look up to us as role models, so they're going to see us creating awareness and doing the right thing and others are going to follow that."