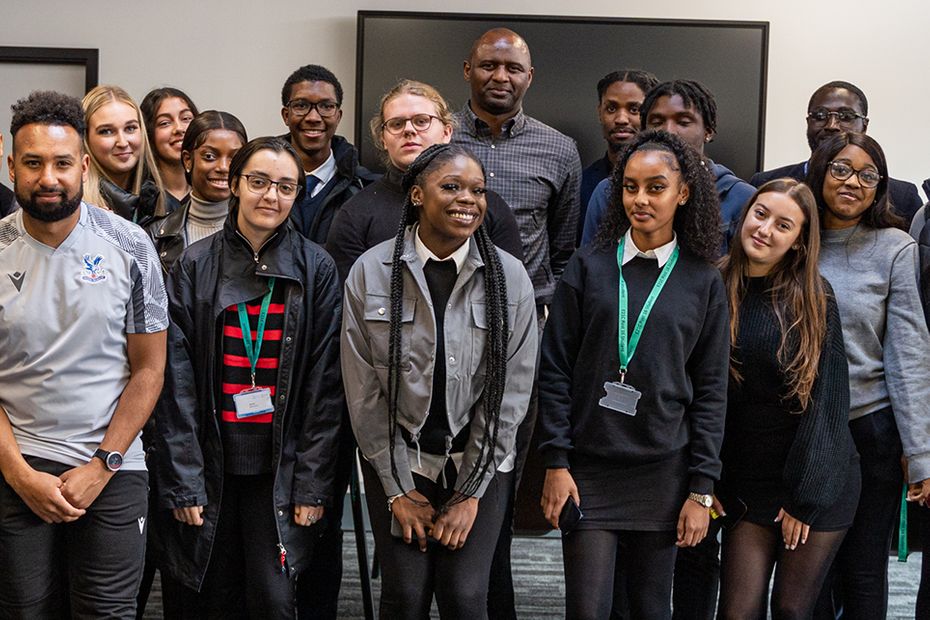 Patrick Vieira says football can be used an example of a force for good when fighting racism in society.

The Crystal Palace manager was speaking with young people from south London who work with Palace for Life, the club's charitable foundation, to mark the Premier League's No Room For Racism initiative.

Vieira met students from Palace for Life's Targeted Intervention programme to talk about his experience dealing with racism and why football can be used as a positive example to show how people from various backgrounds can live in harmony.

All Premier League matches last weekend and next are dedicated to No Room For Racism, as the League and clubs highlight their ongoing commitment to tackling discrimination and promoting equality, diversity and inclusion.

"Football is a really good reflection of our society," Vieira said. "I think we should use football to talk about our differences, and those differences shouldn't stop us from living well together.

"An example is just looking at our dressing room. People come from all around the world, and we accept our differences and work and fight to win football matches together."

At a separate Palace for Life event, Palace men's defender Chris Richards and Palace Women PFA Community Champion Leigh Nicol visited St Chads Primary School near the club's Selhurst Park stadium. There they talked with pupils about the importance of Black History Month, which celebrates the historical achievements and contributions of black people in this country and around the world.

They also discussed black role models who have inspired them in their lives and careers, as well as the benefits of having a multicultural dressing room.

"Black History Month means a lot," said Richards, who grew up in the "Deep South" of the United States. "Coming from a black family, it was definitely something relevant when I was growing up, and is still relevant today.

"It's great to be able to teach younger kids about it, and hopefully, they carry it with them in their lives."