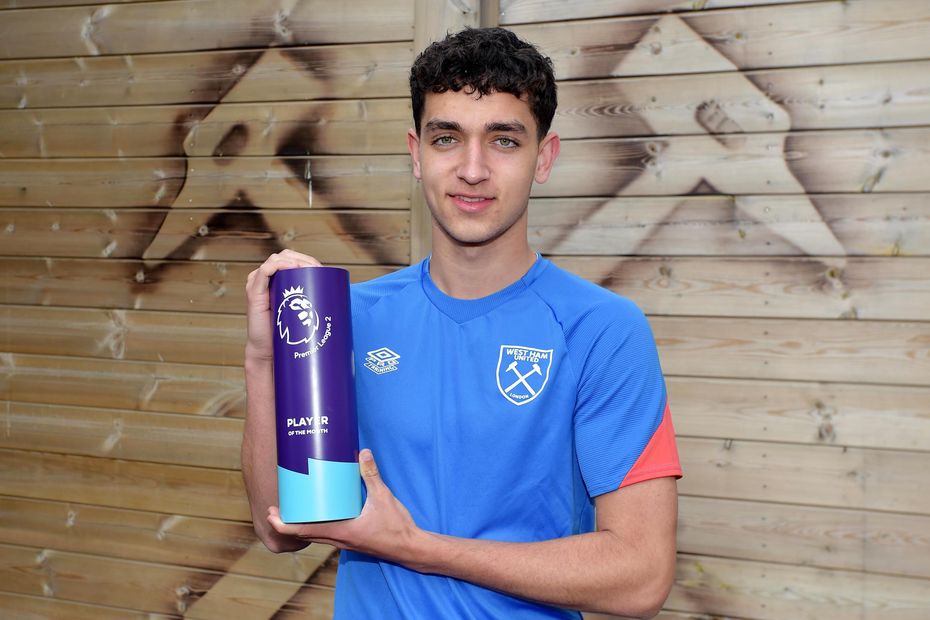 The 18-year-old West Ham midfielder earns the accolade after scoring three goals and producing an assist in four matches in Premier League 2 Division 1.

“Winning this award means a lot to me,” Perkins told the club's official website. “It’s a nice way to be recognised for my form and it’s a good way to finish off the season!

“It means a lot to get this award because there’s a lot of good, young players in this league. To be recognised among those names is a great feeling.”

Perkins’ April began with him opening the scoring and creating West Ham's final goal in their 3-1 victory over Tottenham Hotspur.

He then struck twice in a thrilling 4-3 comeback win at Everton, and this form earned him a place on the bench for both legs of West Ham's UEFA Europa League quarter-final matches with Lyon.

Perkins, who claims the PL2 prize for the first time, also made his Premier League debut in January 2022 against Leeds United.

He was selected by the Premier League Football Development Panel after PL2 club coaches chose the best performance by an opponent in their league matches during the month.