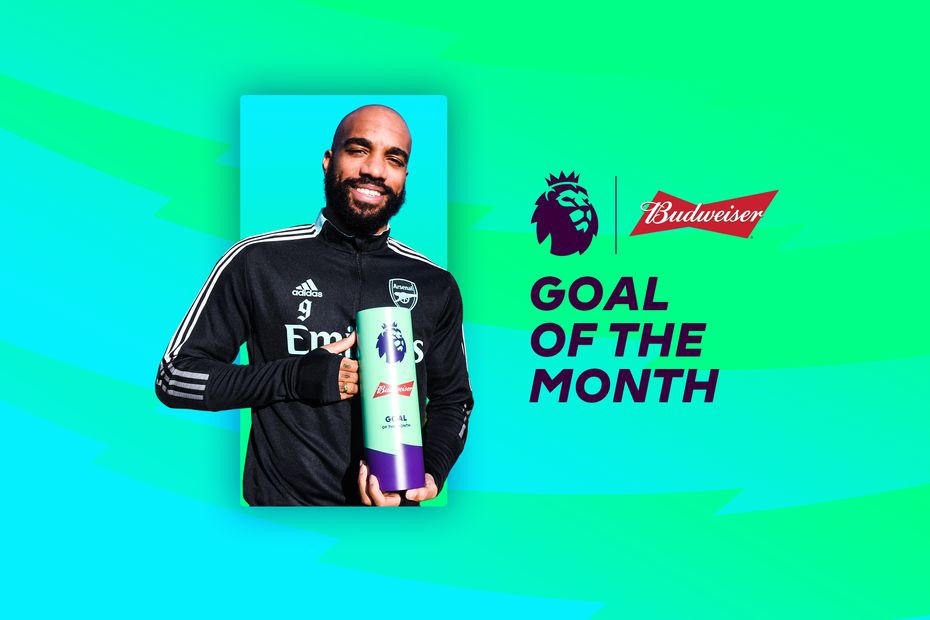 Alexandre Lacazette has won December 2021's Budweiser Goal of the Month award after finishing a brilliant team move by Arsenal.

Presenting your winner of the @PremierLeague Goal of the Month for December... 🥁@Arsenal's @LacazetteAlex! pic.twitter.com/AXMUXbZ7Mb

The forward receives the prize for the first time after his emphatic strike into the top-right corner against Southampton.

"It was perfect movement from the back," Lacazette told the club's official website. "From Aaron [Ramsdale] then we went through on the right side with one-touch [football] and then the cross from Bukayo [Saka] and I could score.

"It was really good, because we work this every week, this is the type of goal every team would like to score. Everyone was involved and it was really satisfying.

"It would go in my top five [of my favourite goals] because it was really a team goal and I believe that football is all about the team, so these types of goal are really amazing for me."

In a superb move started by goalkeeper Aaron Ramsdale under pressure from the visitors' attacking press, Ben White, Thomas Partey, Martin Odegaard and Takehiro Tomiyasu were all involved in a slick passing exchange as they found winger Bukayo Saka.

Saka then picked out Lacazette, who finished in style.

The Frenchman is the first Arsenal player to claim the Budweiser award since Aaron Ramsey did so with an audacious backheel from another slick breakaway at Fulham in October 2018.

Lacazette's stunning effort was chosen by a panel of experts combined with a public vote, beating seven other contenders.