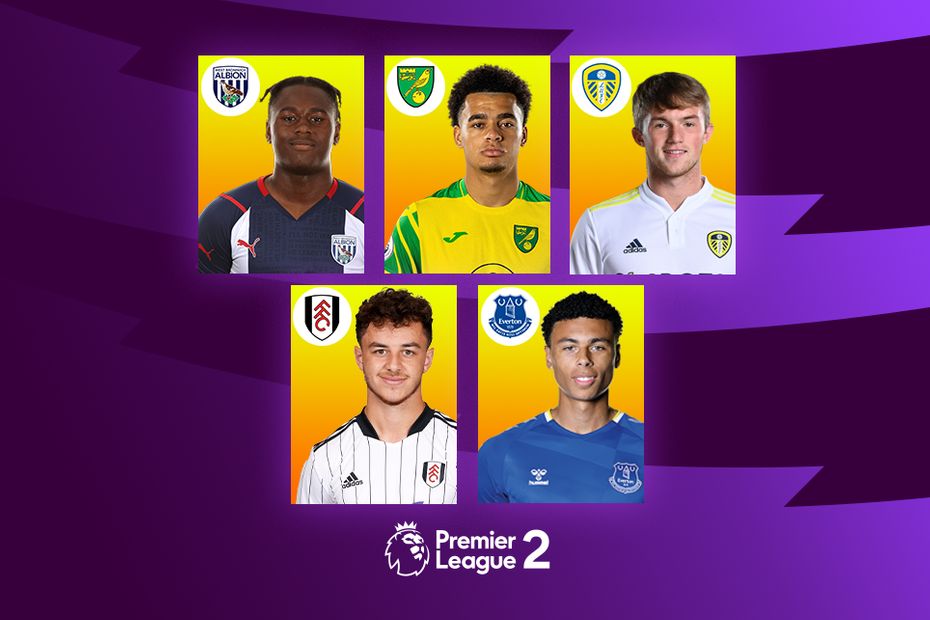 Five Under-23 players have been nominated for December 2021's Premier League 2 Player of the Month award.

The 17-year-old forward scored a hat-trick, including an 86th-minute winner, in a 3-2 victory over Middlesbrough. He then provided an assist in his other PL2 Division 2 match against Fulham. Cleary earned first-team involvement with a spot on the bench for a Championship encounter with Reading.

The 19-year-old struck four goals across two high-scoring wins in PL2 Division 2, hitting a hat-trick in a 5-2 victory over Reading before netting again in a 4-3 triumph over Southampton. He was given a place among the substitutes for Norwich City's Premier League match against Aston Villa.

Gelhardt scored in his only PL2 Division 1 appearance in December against Leicester City, before spending the rest of the month with Leeds United's first team, facing three of the Premier League's best sides. The 19-year striker came off the bench against Chelsea and scored an equaliser less than three minutes later for his first goal in the competition. He went on to play the second half at Manchester City and then the whole match against Arsenal.

Fulham's captain led by example in December, scoring or assisting four goals in his two PL2 Division 2 outings as they went 11 points clear at the top of the table. After finding the net in a 4-2 win over Wolverhampton Wanderers, the 20-year-old midfielder struck again and assisted two more goals in another 4-2 victory at West Bromwich Albion.

The 18-year-old defender was a key figure as Everton kept clean sheets in both of their PL2 Division 1 matches. The eighth-placed Toffees beat Arsenal 2-0 before drawing 0-0 at Leeds.