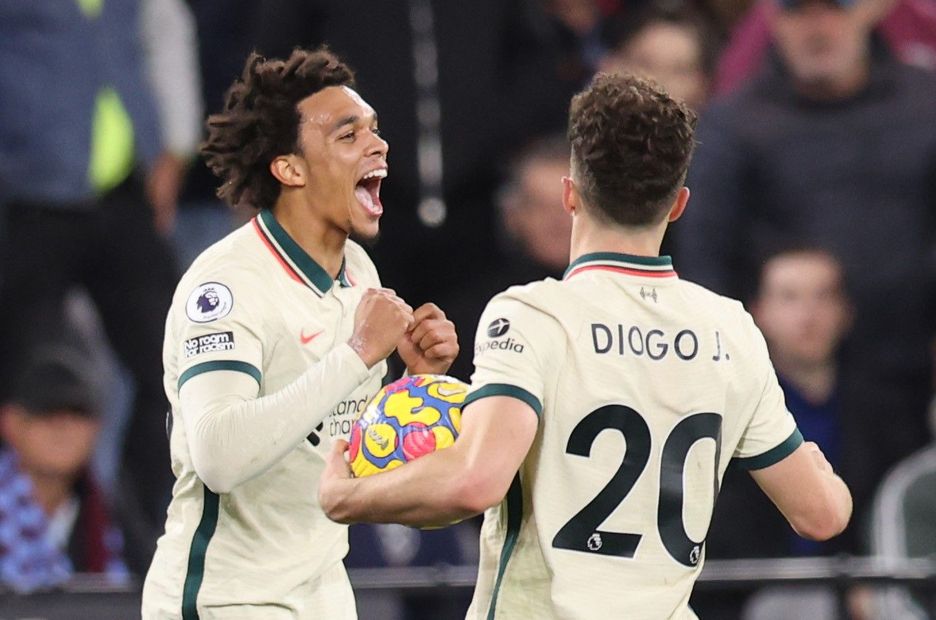 With his huge ownership of 72.5 per cent, Mohamad Salah (£13.0m) is set to be the most-selected captain once again in Gameweek 14 of Fantasy Premier League.

The Liverpool star has blanked in just one of the opening 13 Gameweeks as he now prepares for a derby trip to Everton.

However, there are a number of strong alternatives for the armband, with his team-mates Trent Alexander-Arnold (£7.9m) and Diogo Jota (£7.7m) among the best options.

Alexander-Arnold has outscored Salah in each of the last three Gameweeks, totalling 36 points to the Egyptian’s 19.

Jota has 35 points across his last four starts.

Back the Blues at Watford?

He has amassed 33 points in his last two road trips, thanks to two goals, an assist, two clean sheets and six bonus points.

The Crystal Palace midfielder has produced two of his three double-figure scores this season in the last four Gameweeks, including a 13-point haul at Manchester City.

Look for goals up front?

Vardy heads to Southampton on the back of a 12-point return for Leicester City against Watford, his third double-figure score of 2021/22.

And Jimenez is in strong home form as Wolverhampton Wanderers prepare to face Burnley.

He has produced returns in each of his last three appearances at Molineux, scoring twice and supplying two assists to earn 27 points.

The Tottenham Hotspur pair of Son Heung-min (£10.4m) and Harry Kane (£12.3m) could take advantage of Brentford’s recent struggles in away matches.

The Bees have conceded three goals in each of their last two road trips, against Burnley and Newcastle United.