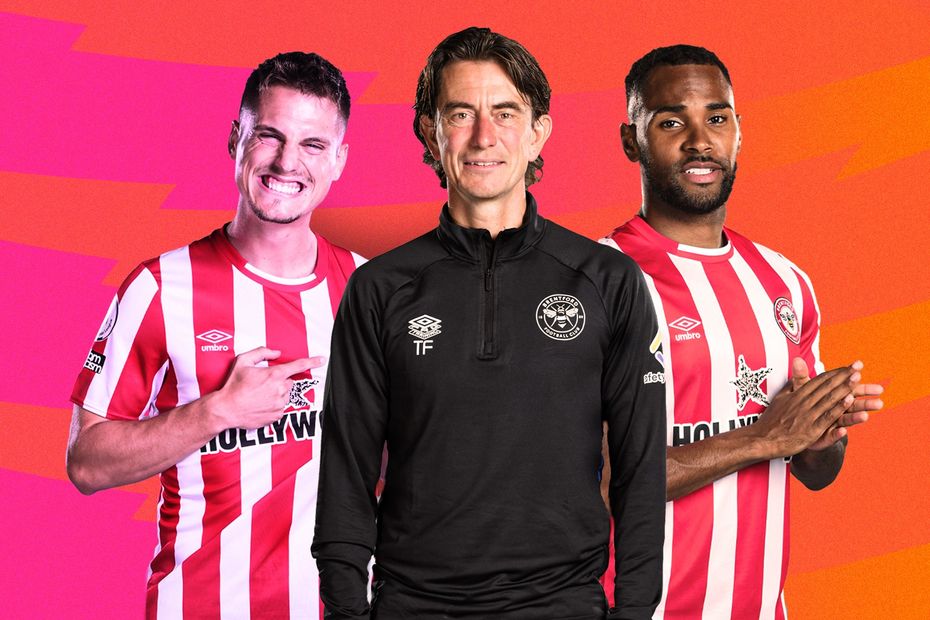 Brentford will attempt to end a run of three successive home defeats when they face a struggling Everton side on Sunday.

Thomas Frank’s side should enjoy plenty of the ball against opponents who are only averaging 39 per cent possession this season.

And when they are probing inside Everton’s half, I would expect Brentford wing-backs Sergi Canos and Rico Henry to be highly influential.

If Rafael Benitez asks his back four to stay narrow in a bid to contain Brentford’s front two of Ivan Toney and Bryan Mbeumo, the home wing-backs could enjoy a lot of space.

Canos and Henry have started every match and are growing in stature as attacking threats.

Canos produced two assists in the 3-3 draw at Newcastle United last weekend, while the left-sided Henry has scored in each of his last two Premier League starts.

With a back three in place and at least two holding midfielders, Frank is happy to push his wing-backs into the final third at the same time to provide width.

Both of Henry’s goals against Norwich City and Newcastle arrived from right-wing crosses, where he was left free at the far post, and the latest of those came from a Canos cross.

Against Everton, when Toney or Mbeumo take up positions inside the box to attack crosses, they will at times try to pit themselves 1v1 against an Everton full-back.

When that happens, Henry or Canos could be left alone once again at the back stick.

Brentford’s wing-backs are terrific ball carriers who will always try to end a forward surge with a delivery into the box.

Canos has provided 39 crosses from open play this season, the most of any Brentford player, while Henry is next on 26.

The pair's combined wing threat is a key component of Brentford's attacks, and over the campaign so far the Bees have been unlucky not to score more goals.

Mbeumo has hit the woodwork seven times, while Brentford boast the fifth-highest total for Expected Goals (xG) in the division, with 17.6.

Brentford work hard on their set-piece routines and have had success this season from corners and wide free-kicks.

They have the highest xG from set-pieces in the Premier League and have converted that threat into five goals.

Ethan Pinnock and Toney are the chief aerial threats from these situations, with six headed efforts apiece so far in 2021/22.

Benitez's Everton are uncomfortable when defending dead-balls, leaking six goals from such scenarios already this term.

Both in open play and from set-plays, Brentford's crosses look set to cause their visitors problems.