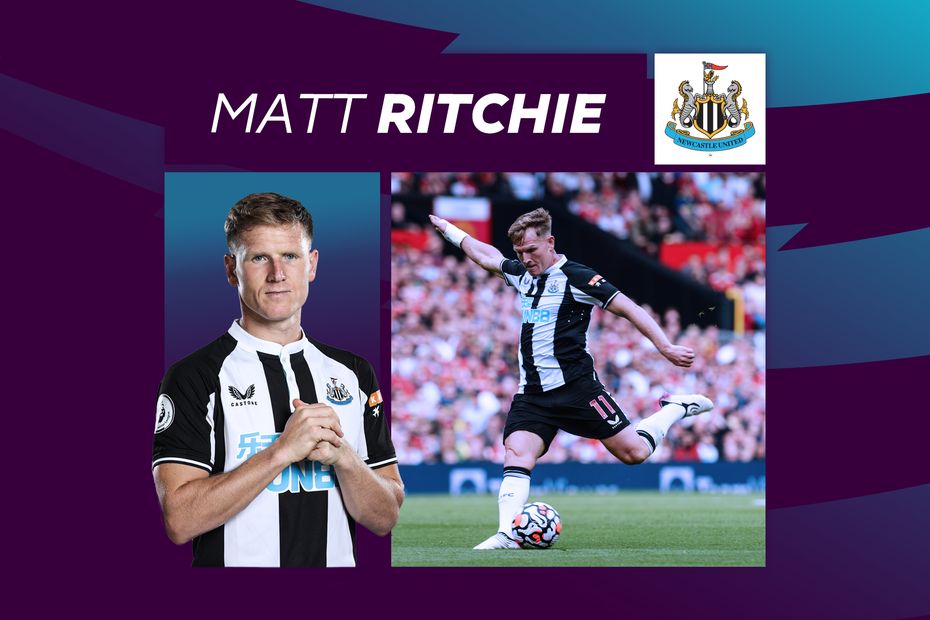 Newcastle United will be hoping Matt Ritchie's cultured left foot can be their secret weapon as they aim for a first win at Emirates Stadium in over 11 years.

The twin threat of star duo Allan Saint-Maximin and Callum Wilson is likely to be the primary focus of Arsenal's attention ahead of Saturday's contest, but the Magpies' left wing-back is another highly influential figure.

The 32-year-old has played every minute of the 2021/22 campaign, creating a remarkable 28 chances along the way.

While most of those key passes stem from pinpoint set-piece deliveries, Ritchie is also mixing it with elite company when it comes to creativity from open play.

Bruno Fernandes and Trent Alexander-Arnold are the only two players to have created more opportunities in the Premier League so far this term.

While Ritchie will do his best to push forward and supply quality crosses from open play, his accuracy from dead-ball situations could have a greater impact on this match against Arsenal.

He whipped a corner on to the head of captain Jamaal Lascelles in the 3-3 draw with Brentford last time out, for the Magpies' fourth set-play goal of the campaign.

Eddie Howe, who signed Ritchie from Swindon Town in 2013 while at AFC Bournemouth, is renowned for his ingenious set-piece routines and Newcastle's new head coach, who will be in the dugout for the first time following his appointment after returning a negative COVID test on Friday morning, will be acutely aware of his value to the team.

Arsenal have conceded three set-play goals this term, but the data suggests they are fortunate not to have let in more from such situations.

According to the metric that measures how well a team can defend set-pieces (Expected goals against - xGA), Crystal Palace are the only side who have been expected to concede more goals from set-pieces than the Gunners. And Palace have let in nine in 12 matches.

Ritchie, the man standing over the ball for most of Newcastle's corners and wide free-kicks, is the division's leading chance creator from those scenarios.

To deal with the quality of his delivery and the runs of Newcastle's chief aerial threats, Arsenal defenders must ensure their concentration does not lapse.

Wilson has received a total of four key passes from Ritchie, three of which came from corners and wide free-kicks, and the striker's ability to make sharp runs across defenders will present plenty of danger.

In general play, Bukayo Saka or Nicolas Pepe, Arsenal's options on the right flank, may pin Ritchie back inside his own half, but his ability from set-pieces could be less easy to stop.