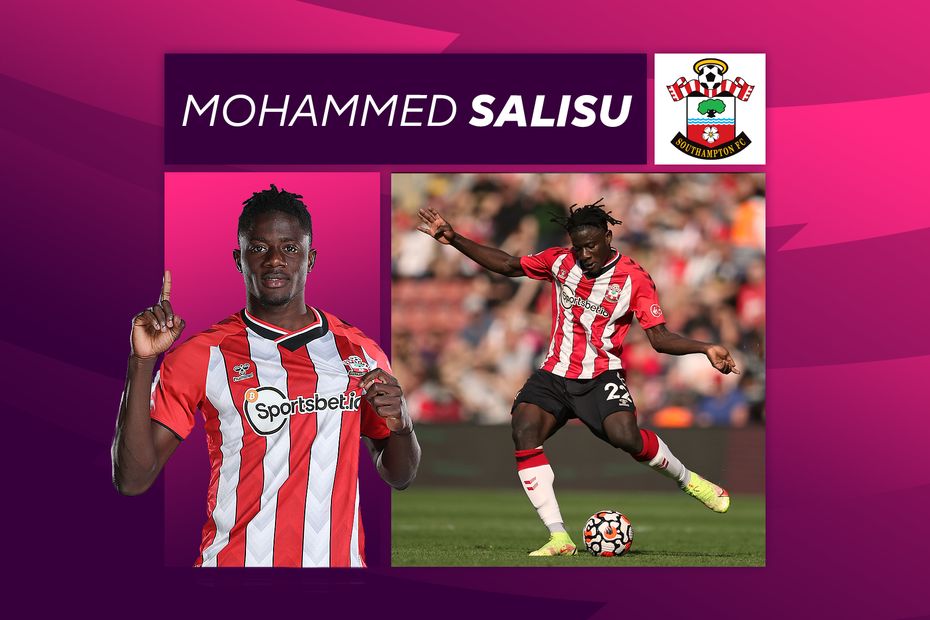 Over the course of the last eight matches Chelsea and Manchester City are the only top-flight teams to have conceded fewer goals than Southampton's eight.

One of the key figures in their solid defence has been Salisu, who comes up against Aston Villa at St Mary’s Stadium on Friday evening.

The 22-year-old is one of the league's most underrated defenders and has been a consistently dominant presence for Southampton.

Salisu is the only Premier League player to have made at least 20 interceptions and tackles this term.

He was pivotal as Southampton kept clean sheets in two of their last three matches, both 1-0 wins against Leeds United and Watford.

Aggressive in his duels with opposition strikers, the centre-back is always looking to shut down their space with tight marking.

This hostile approach has helped him regain possession more often than any other defender in the opening 10 Matchweeks.

With Danny Ings out with an injury, Salisu is likely to be charged with the task of keeping Ollie Watkins quiet.

Villa manager Dean Smith used Watkins as his lone frontman in their most recent fixture, a 4-1 home defeat by West Ham United.

Having already dealt with Michail Antonio earlier in the campaign and having also turned in excellent performances in draws with Manchester United and Manchester City, Salisu will be confident of coming out on top against Villa's attack.

From a tactical perspective, he is a perfect fit for Ralph Hasenhuttl’s style of play.

Under the Austrian, Southampton continue to press at a very high tempo, and that method of play requires Salisu to push up and get tight to forwards.

This comes naturally to the Ghanaian, who has strong recovery speed when the Saints high line is breached.

Saints have made up for their modest return of nine goals so far this season by keeping opponents at arm's length.

Much of that success has been courtesy of their aggressive off-the-ball work that makes it difficult for opponents to build up play or have time to shoot.

Villa will be desperate to avoid a fifth straight loss, but will not find it easy to break down a well-organised Southampton, especially with Salisu in such commanding form.