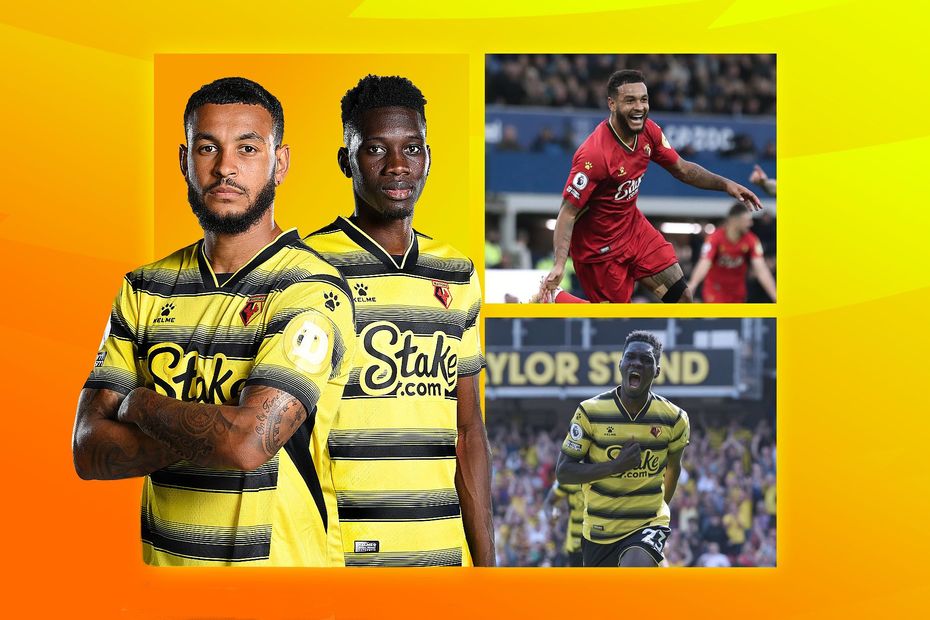 Five Of The Best: The Hornets Against The Gunners External Link
King a big Fantasy threat under Ranieri

Using his forwards' pace and power to get Watford playing further up the pitch is beginning to form the basis of new head coach Claudio Ranieri’s strategic approach.

After enduring a difficult start in a 5-0 defeat at home to Liverpool, Ranieri has since set up the Hornets in a 4-1-4-1 formation that is designed to break forward at speed.

They did this superbly in a 5-2 success at Everton in their last away match and will look to replicate that level of attacking menace against Arsenal at Emirates Stadium on Sunday.

Watford's most passes into final third

Compared with the early stages of the 2021/22 campaign, Watford have sent a significantly greater number of passes into the final third across their last two matches.

Ranieri is happy to leave striker Joshua King as high as he can upfield, and where possible, he will also encourage wingers Ismaila Sarr and Cucho Hernandez to do likewise.

It could be seen as a risky ploy from the Italian, but he wants Watford to have outlets to pick out with forward passes the moment they regain possession.

Willing to chase longer balls knocked into the channels, their pace and presence allows the Hornets to quickly turn defence into attack and pin back their opposing full-backs.

The speed and directness of Sarr, King and Emmanuel Dennis are key to the success of this tactical style.

Based on their top speeds this term, Sarr and King are currently ranked the 14th and 15th fastest attacking players in the Premier League.

When both forwards have space to run into on the counter, they are incredibly dangerous.

Sarr is one of the division's best dribblers, while King's confidence is high on the back of his recent hat-trick at Goodison Park.

Watford's dynamic display at Everton is likely to be the blueprint for them moving forward.

Performing with aggression and making plenty of support runs around and beyond King, they racked up 20 shots in that win.

They also enjoyed a season-high 27 touches inside the opposition box.

Last time out, they did not have anywhere near as much success, producing just nine touches in Southampton's area.

In that match their best opportunity stemmed from an early clearance that found King in space down the left, and from that swift breakaway, Sarr had a shot cleared off the line.

If Arsenal fail to deal with the obvious threat posed by King and Sarr, Watford can enjoy more success on their travels.