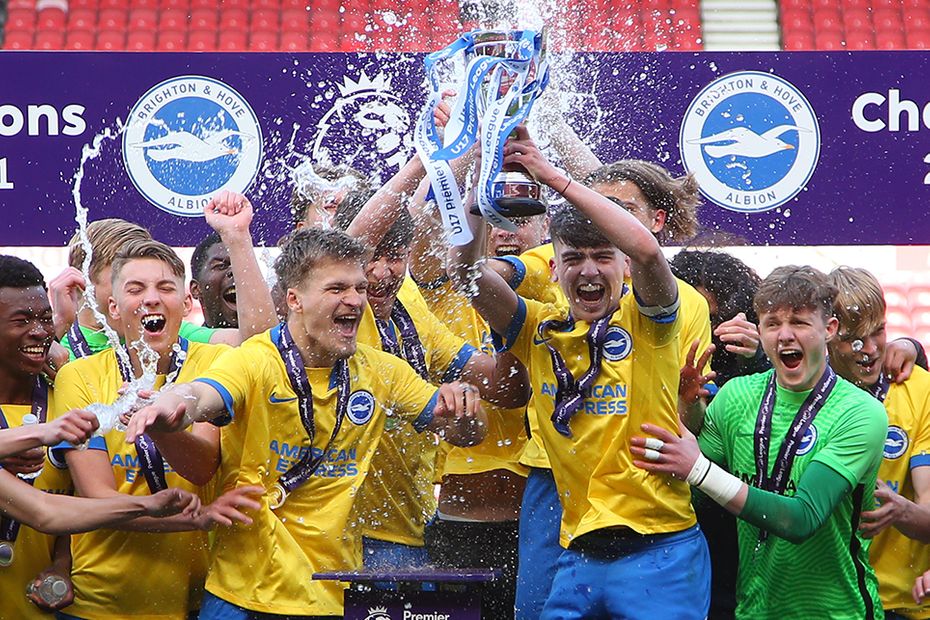 The Under-17 Premier League Cup was launched in the 2020/21 season to help Category One clubs provide first-year scholars at their Academies with more opportunities for competitive football.

Mirroring the format of the U18 and U16 PL Cup competitions, the U17 PL Cup is split into seven four-team groups, with clubs playing each other once in the group stage, either home or away.

The seven group winners and the best runner-up, decided by total points and then goal difference followed by head-to-head record, will advance to the quarter-finals.

Knockout ties are all one-off matches, decided by extra-time if level after 90 minutes and then penalties if required.

Andrew Moran threw his hat into the ring for Goal of the Season in Albion's Under-17s Premier League Cup final win yesterday!#BHAFC 🔵⚪ pic.twitter.com/L7R5XssFwc