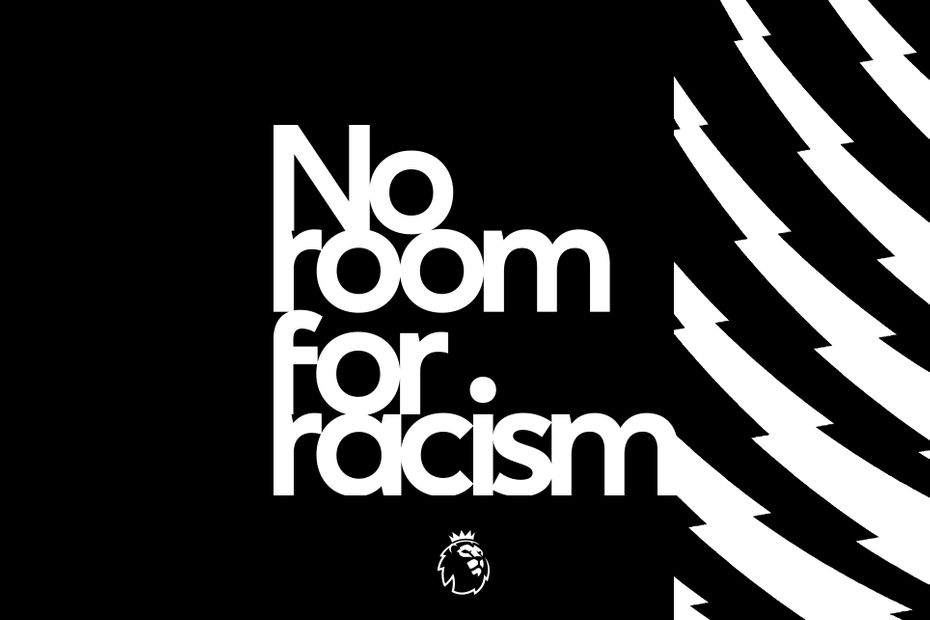 The Premier League has announced new enhanced anti-discrimination measures to be implemented in the 2021/22 season as the League and its clubs continue to work together to make it clear any form of discriminatory behaviour is unacceptable in football and wider society.

Premier League clubs have agreed to enforce new League-wide punishments, including bans, for any individual found to have behaved in a discriminatory or abusive way towards any club employee, player, match official, matchday steward or fan attending a Premier League match.

This will cover behaviour conducted in-person or online. Sanctions include permanent bans from attending not just League matches at the stadium of the club they support, but all Premier League matches.

Following any allegations of discriminatory behaviour, clubs will work together with the police to identify perpetrators.

"We call on fans to come together with us and our clubs to help tackle discrimination by challenging and reporting abuse wherever they see it."

For instances of online abuse, the Premier League will investigate each reported incident through its online discriminatory abuse reporting system, which was launched in June 2020.

The Premier League supports players, managers and their families who receive discriminatory abuse by investigating each reported incident and taking legal action where appropriate, regardless of the offender’s location.

Throughout 2021/22, the Premier League will introduce enhanced training for matchday stewards to equip them to identify and respond to discriminatory abuse and assist in gathering evidence to ban perpetrators.

The training also covers education around best practice relating to equality, diversity and inclusion to support a positive matchday experience for all.

The Premier League has also committed new funding to provide education to supporters around the impact of discriminatory behaviour.

Working closely with clubs and fan groups, the funding, which will be administered by the Premier League Fans Fund, will be available to clubs and expert education providers to create more inclusive environments at Premier League grounds and support the rehabilitation of offenders.

Premier League Chief Executive Richard Masters said: “The Premier League and our clubs condemn all forms of discriminatory and abusive behaviour. The commitment from all clubs to enforce League-wide bans demonstrates there is no place for discrimination of any kind in football and we will continue to work together to fight all forms of prejudice.

“Football is a diverse sport, which brings together communities from all backgrounds. We call on fans to come together with us and our clubs to help tackle discrimination by challenging and reporting abuse wherever they see it.”

Tackling online abuse is a priority for football, and the Premier League continues to work with its clubs and partners across the game to challenge social media companies and authorities to take greater preventative measures to stop this abuse occurring.

As part of this work, the Premier League is working with social media platforms to improve existing tools and develop processes to tackle abuse. These will be implemented from the start of the season.

Although progress is being made, there is still much more to be done and the Premier League will continue to work with Government to ensure that its Online Safety Bill introduces clear requirements for social media platforms to end discriminatory abuse being carried on their services.

Last week, it was announced that players and match officials will wear a 'No Room For Racism' sleeve badge on their shirts for the 2021/22 season. This will act as a constant reminder of the commitment by the Premier League, its clubs, players and its officials from Professional Game Match Officials Limited (PGMOL) to eradicate racism. The League will wholeheartedly support players who take the knee at matches.

In February, the Premier League launched its No Room For Racism Action Plan, outlining a series of commitments aimed at creating greater access to opportunities and career progression for Black, Asian and other minority ethnic groups in football, and actions to eradicate racial prejudice.

The commitments build on the existing year-round action taken by the Premier League and clubs to promote equality, diversity and inclusion.

For more information on the Premier League’s No Room for Racism Action Plan visit premierleague.com/noroomforracism.