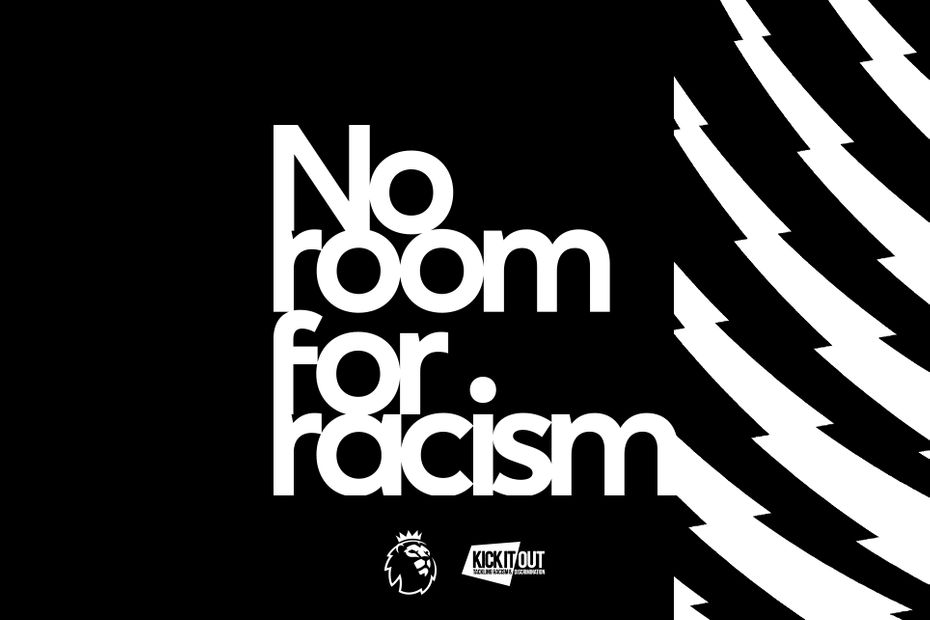 Wright: The regular abuse makes me feel like nothing
How to report abuse on social media
Townsend: We stand together in drive for equality

The Premier League and our clubs are committed to tackling all forms of discrimination on and off the pitch.

Throughout the year, wide-ranging work is undertaken to promote equality and inclusion across the game.

Match rounds have been dedicated to urging fans to take action – to challenge and report racism – and a series of education programmes are provided for fans and primary schools.

This work to promote racial equality sits alongside the wide-ranging action the League and clubs undertake in other areas of diversity and inclusion.

In February 20201, the Premier League launched its No Room For Racism Action Plan, outlining a series of commitments aimed at creating greater access to opportunities and career progression for Black, Asian and other minority ethnic groups in football, and actions to eradicate racial prejudice.

The Premier League and its clubs work with fans, The FA, EFL, PFA, Kick It Out and the police to tackle racism, promoting equality, diversity and inclusion across all areas of football.

No Room For Racism sleeve badges on players' and match officials' shirts provide a constant reminder of the commitment by the Premier League, clubs, players and Professional Game Match Officials Limited to eradicate racism, while matchdays have been dedicated to raising awareness of the issue.

At the end of the 2019/20 season and throughout 2020/21, the Premier League supported players who took the knee to raise awareness and educate people about racial inequality.

One of the many cases supported by the Premier League involved Brighton & Hove Albion striker Neal Maupay.

Last August, Maupay used the reporting system after receiving threatening and racist messages and in June, a man in Singapore was found guilty of sending serious online abuse.

In June, Premier League Shareholders agreed to introduce enhanced League-wide punishments, including bans, for any individual found to have behaved in a discriminatory or abusive way.

The Premier League is working with partners to introduce these measures for the 2021/22 season.

The Premier League continues to challenge social media companies to improve their proactive interventions to prevent online abuse on their platforms.

An open letter was sent to Facebook and Twitter from the Premier League, FA, EFL, LMA, PFA, PGMOL and Kick It Out outlining requests including: filtering, blocking and swift takedowns of offensive posts, an improved verification process and re-registration prevention, plus active assistance for law enforcement agencies to identify and prosecute originators of illegal content.

In April, the Premier League and all 20 clubs joined other football authorities and sports in a social media boycott in response to the ongoing and sustained discriminatory abuse received online by players and many others connected to football.

Through Premier League Primary Stars, available to more than 18,000 primary schools across England and Wales, teachers and families are able to download free resources that encourage children aged between five and 11 to discuss diversity, equality and allyship.

Leicester City are one of the clubs that have been granted an Advanced level status by an independent panel.

"With this support from the Premier League, our own commitment to equality has been strengthened year-on-year through the hard work of our staff, our supporters and our community," said chief executive Susan Whelan.

Last year the Premier League, together with the Professional Footballers Association Charity and EFL, launched the Professional Player To Coach Scheme which aims to increase the number of Black, Asian and minority ethnic players moving into full-time coaching roles in the professional game.

Six coaches were part of the first intake last year and are benefiting from an individualised learning and development programme in their 23-month placement.

"It is perfect for you to gain that experience within a football club, but also with the workshops and theory side that go with it, you are able to develop yourself as a coach and the course will help you nurture your skills," said former Portsmouth player Courtney Pitt, who is spending his placement at the Academy of League One club Burton Albion.

Seven clubs will be taking on coaches as part of the second cohort for the 2021/22 season.

See: No Room For Racism