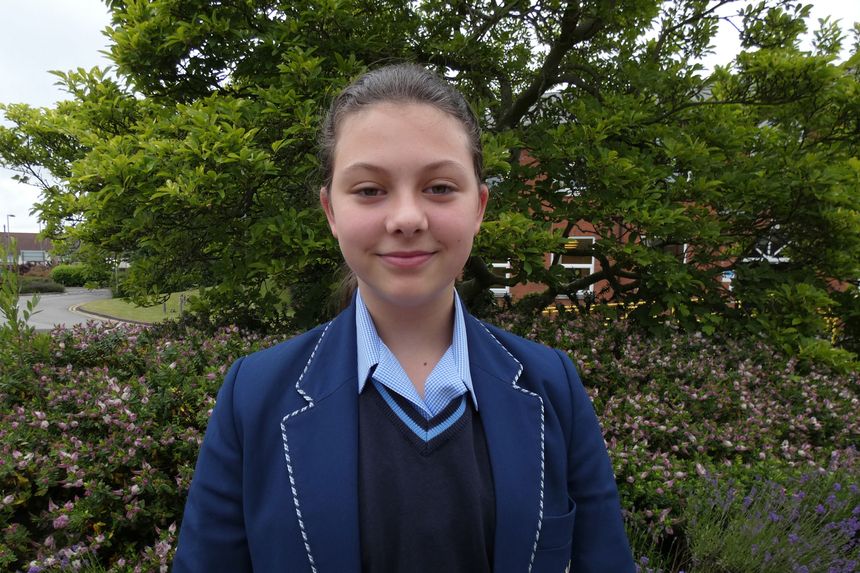 For Broughton Hall High School student Emily, being part of the Premier League Inspires programme has not only helped improve her behaviour in class, but also given her focus in her studies.

"They always said that I could always do anything if I put my mind to it," Emily says. "But I wouldn't really take school seriously because I didn't think I needed it.

"It's given me more of a focus. It's made me really want to push to what I want."

Since September last year, Emily and a small group of students have engaged with the programme through the Liverpool FC Foundation, the local club's charitable arm.

PL Inspires uses the power of football and local clubs to help young people who are not fulfilling their potential develop personal skills and positive attitudes to succeed in life.

Liverpool FC Foundation goes into schools to deliver sessions or conduct them online to students who have been identified by their school as needing extra help to get them engaged.

Emily's head of year, Melanie Strefford, has witnessed her progress over the last year and is pleased to see her willingness to take part in the programme has been rewarded.

"Emily welcomed the opportunity to work on that programme," Melanie says. "She recognised that we had suggested her for a reason, because we knew that she would benefit from that help.

"It has inspired Emily, it's done exactly what it said on the tin."

"She has worked with some people she might not otherwise have known and that has helped her to develop her social skills and improved things like resilience, team-building and confidence.

"I am really proud of what she has achieved, what the girls who have taken part have achieved. They have made the most of the opportunity."

As part of the programme, Emily has been taking part in the PL Inspires Challenge, which tasks young people with developing and delivering a social-action project in their community.

And her team was a part of the PL Inspires Challenge celebration, which recognised the social-action projects that are being set up by the 31 clubs on the programme.

"She has met all the criteria that we hoped that she would when she was initially picked to do the Inspires programme," Melanie says.

"It has inspired her. It's done exactly what it said on the tin."