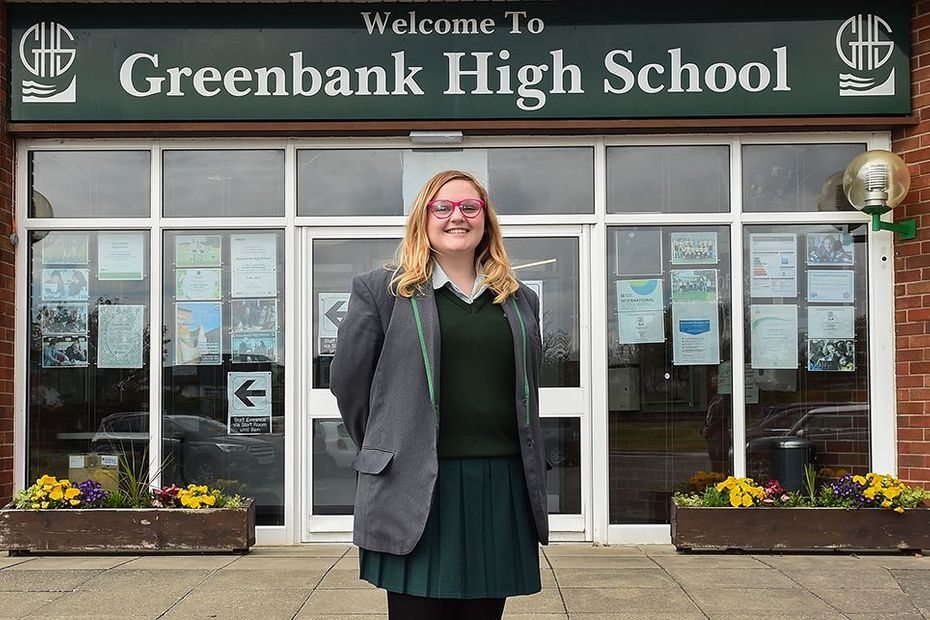 This Mental Health Awareness Week, the Premier League is highlighting positive wellbeing activities, stories and resources to raise awareness of mental health and to support fans with information that can benefit them.

The Liverpool FC Foundation's "On Target" programme, delivered in partnership with Action For Children, ran online sessions in schools across Merseyside earlier this year to help young people with their mental wellbeing.

It inspired one Year 10 student, Grace, to support the mental health of others at Greenbank High School in Southport.

She had experienced low self-esteem herself in the past, while her dad, an army veteran, had post-traumatic stress disorder diagnosed.

"I felt like I should help," says Grace. "I'm just hoping that even if we can make a difference to one person, then I know that it has succeeded."

"Having good mental health is vital," she says. "If someone has got a sore throat or a headache, a friend would recommend they take paracetamol or drink some water. But if you go to a friend and say you're not feeling yourself, they don't really know what to do.

"The workshops gave me a good idea of creating something in school, something positive to pass on."

So Grace asked the LFC Foundation for help.

"The workshops gave me a good idea of creating something in school, something positive to pass on."

The Foundation produced three workshop videos for the school while it will also train Mental Health Ambassadors, a group of students who will be a support network and provide guidance for classmates struggling with their mental wellbeing.

"It's so important that this has come from within the school community as they are the ones experiencing this. It's a different perspective to an adult trying to implement things.

"The virtual nature of the videos and workshops has allowed us to reach the whole school and Grace's ideas of the Mental Health Ambassadors will mean this is a sustainable programme.

"We're now talking about how we take this further."

The workshop videos have been shown throughout the whole school, giving Grace a sense of pride.

"I was a little uncertain at first at how people would take it but it seems so far that everyone is really positive," she says.

"I feel like I've accomplished something, knowing I can help other people in school with something I've struggled with.

"My dad's struggled to get help and I always wondered how that help could be put in place and I feel like I've done something for the people around me."

Find out more about how to help mental health in schools by visiting the PL Primary Stars website.