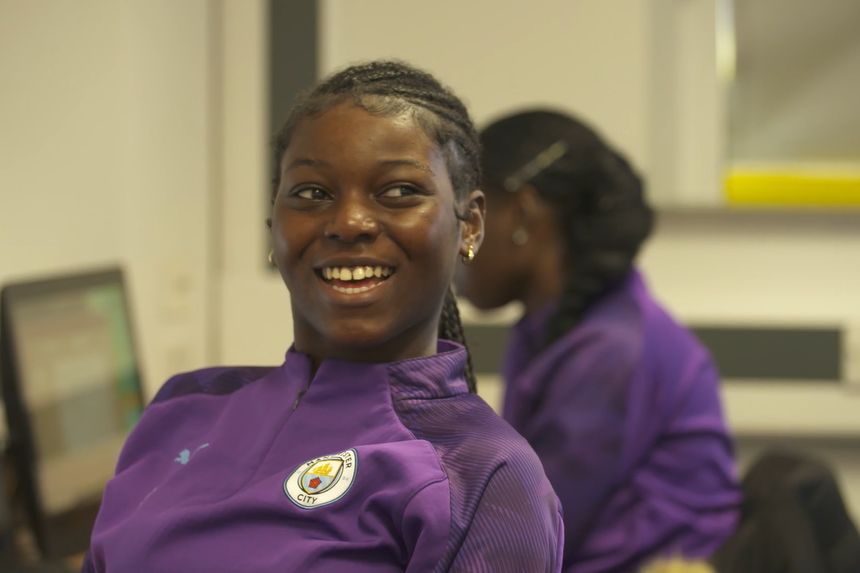 "City Inspires" is Man City's version of Premier League Inspires, where coaches from City in the Community (CITC) - the charitable arm of the Premier League champions - come into local secondary schools for one day a week for an academic year, typically helping those students who are not fulfilling their potential.

Through the power of football and the Man City badge, CITC coaches deliver a high-quality education curriculum that inspires students to succeed and excel academically, physically and socially.

For Kaya Anderson, the programme has given her confidence to start speaking out in discussions in class.

"My confidence, I feel like I have built that," Kaya, a student at East Manchester Academy, tells the club's official website. "I put my hand up to contribute to lessons now."

The presence of coaches from the local Premier League club offers students someone to talk to in school, where previously they might have stayed silent.

"They've helped us in so many ways," says Paola Royale, a pupil, pictured top, about the CITC staff. "We feel we can communicate and it's so much more comfortable to talk to them if something's wrong."

A typical City Inspires day consists of two to three hours in the classroom looking at topical issues and related curriculum before lunch, followed by a practical football-based session afterwards.

East Manchester Academy head teacher Jackie Bowen has enjoyed the benefits it has had for her students.

"It has helped to reduce exclusions, improve attendance and [the pupils'] engagement with the wider school," she says.

Lily Moore is an example of that, having been a student whose behaviour in class had been bad.

"Now I've started doing [Inspires], I've started getting fewer detentions and behaving more in lessons because it's just something to look forward to," she says.

Part 2: How Amelia provided vital support during lockdown
Part 3: 'PL Inspires has given me something to look forward to'
Part 4: Morgan using PL Inspires message to help others
Part 5: Emily focused on the future thanks to PL Inspires
Part 6: PL Inspires celebrates impact of social-action projects