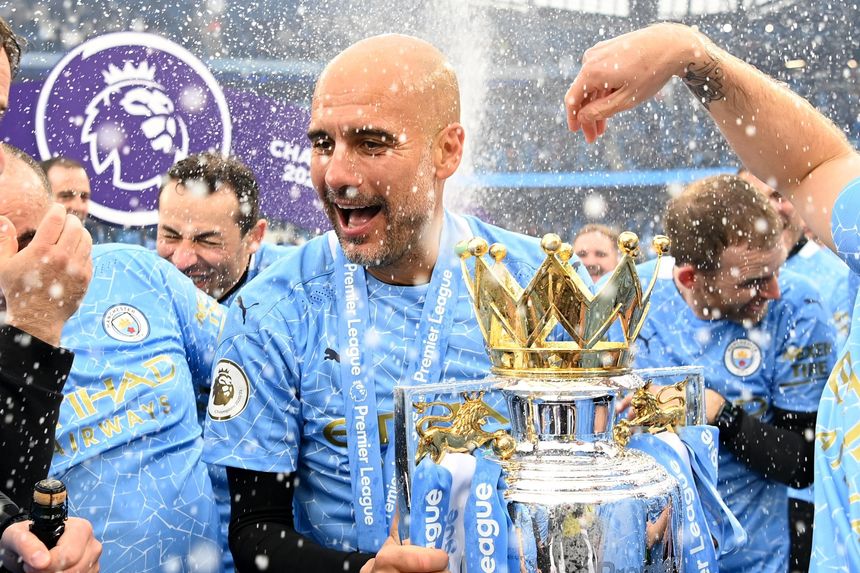 Hargreaves: Pep is the ultimate innovator

Pep Guardiola reacted to a poor start to 2020/21 by altering Manchester City's style of play, and it paid off as they were crowned Premier League champions.

City were also more flexible than in previous years in changing to a narrow back four.

This tweak particularly helped them away from home.

Stronger at the back

As shown in the graphics above, City’s compactness helped them to protect the central part of their 18-yard box significantly better.

Opponents were able to create far fewer big chances inside the penalty box in the area between the width of the goalposts.

It is little wonder then that in 2020/21 their expected goals (xG) against - a value given to the quality of goalscoring chances they offered the opposition - dropped from 35.9 for the whole of 2019/20 to just 23.6 for this season.

In 2019/20 they conceded the opening goal on 12 occasions. But en route to the title this time around they trailed 1-0 only seven times all campaign.

There were fewer goals in their matches, too. Better match-management was reflected in a large increase in 1-0 and 2-0 victories.

In the end they secured six wins by a 1-0 scoreline, three more than in 2019/20, along with six 2-0 successes, double their total from the previous season.

Pressing has always been a key part of successful Guardiola teams, but in 2020/21 his side stepped off the gas.

While City led the division in terms of regaining possession in the final third, they were more patient in the way they closed down.

Pressing is measured by the metric "passes per defensive action" (PPDA), how many passes a defending team allow before they can take a defensive action that includes the ball, such as a tackle, interception or a foul.

City also slowed the speed of their attacks, moving the ball upfield slower than at any other time under Guardiola.

Both in and out of possession, City were more thoughtful and considered in their latest title-winning campaign.