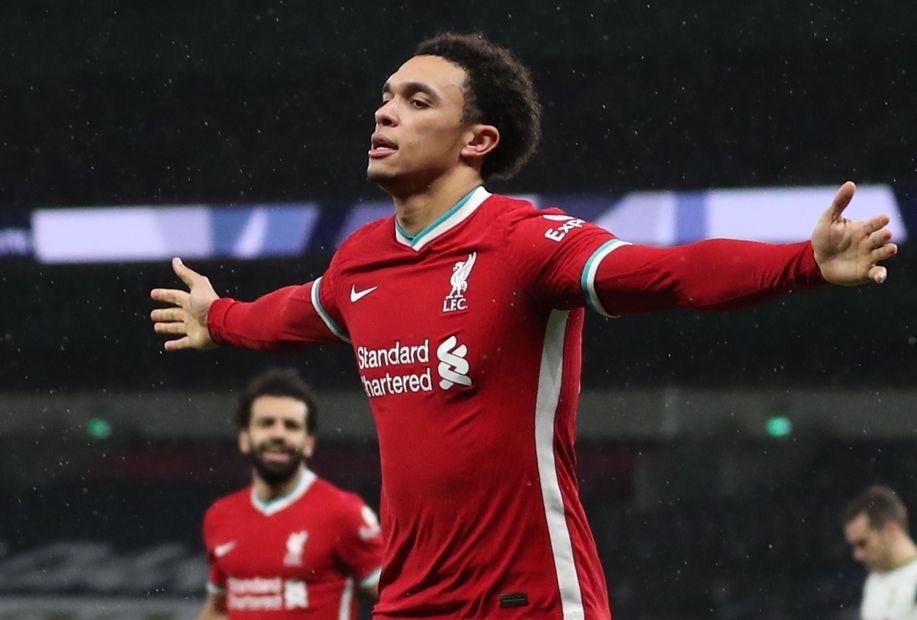 Who to captain in GW33? What the experts say
FPL Gameweek 33 Differentials
FPL team news: Evans on crutches after warm-up injury

A home encounter with Newcastle United has lifted the appeal of Liverpool’s key players in Fantasy Premier League.

Alexander-Arnold has produced 40 points in his last four outings, thanks to one goal, two assists, two clean sheets and 12 bonus points.

Salah, meanwhile, will be fully refreshed after appearing as a substitute against Leeds United on Monday.

His 13 shots in the box in his last four matches rank joint-second among all players in Fantasy.

The Liverpool pair are included in the Selection for Gameweek 33, with Salah handed the armband and Kelechi Iheanacho (£6.1m) named vice-captain.

Aston Villa’s No 1 has averaged 5.2 points per match on his way to the top of the goalkeeper standings in Fantasy. Martinez had a successful previous meeting with his visitors West Bromwich Albion, keeping a clean sheet and earning six points in Gameweek 14.

His nine chances created over the last four Gameweeks are joint-top among all players in Fantasy.

The Wolverhampton Wanderers centre-back can bring in points at both ends of the pitch at home to Burnley. Saiss has three clean sheets in his last five appearances, while his 18 shots in the box rank fifth among defenders this season.

The Brighton & Hove Albion defender visits Sheffield United on the back of three clean sheets in his last four matches. Dunk’s 24 shots in the box and 12 shots on target both place second among defenders in Fantasy.

The Egyptian has scored in all three of his home matches for Liverpool against Newcastle.

Owned by over 57 per cent of managers, the Manchester United playmaker will be among the most-selected captains for Gameweek 33. Fernandes produced 17 points against his hosts Leeds earlier this season.

The teenager has scored four of his five goals this season in the last three Gameweeks, claiming 32 points. Greenwood’s 15 shots in the box across his previous four outings is a league-leading total.

Brighton’s Belgian has produced hauls of 10 and 14 points in his last five outings. Trossard faces a relegated Sheff Utd who have conceded 11 goals in their last four encounters.

Leicester City’s talisman entertains a Crystal Palace side who have conceded four goals in two of their last four matches. Vardy scored twice in the corresponding fixture last term, highlighting his captaincy credentials for Monday's encounter.

The Leicester striker is the most-bought player in the Gameweek, earning over 260,000 new owners for the promising Palace fixture. Iheanacho has scored eight goals and returned 56 points over his last six appearances.

The fit-again Everton forward has a fine record against his hosts Arsenal, scoring on two of his last three trips to Emirates Stadium.

When selected, Calvert-Lewin has been involved in a team-leading 61 per cent of the Toffees’ away goals this term.