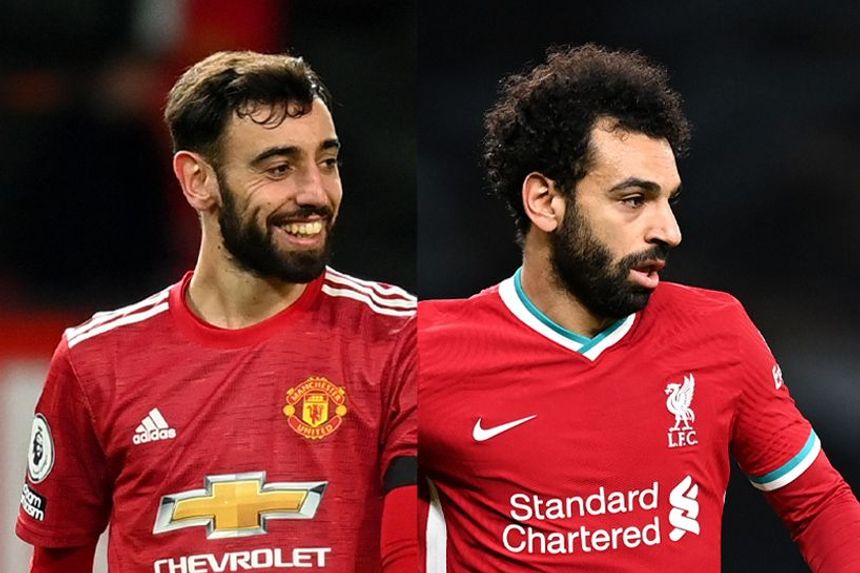 Man Utd and Liverpool stars are among the key armband contenders

Two of the four top-scoring players in Fantasy Premier League look set to dominate the captaincy decision of managers in the reduced Gameweek 33.

Those owners will likely entrust the Portuguese with the armband for Manchester United’s visit to Leeds United.

He was a huge success in his previous meeting with them, claiming 17 points thanks to two goals and an assist.

Meanwhile, Mohamed Salah's (£12.6m) backers will be optimistic he will return to the Liverpool starting line-up after appearing as a substitute in Gameweek 32.

He has a prolific record against visitors Newcastle United, scoring in three successive meetings at Anfield.

However, both Fernandes and Salah have struggled for explosive returns recently, which raises the appeal of a number of in-form alternatives.

Liverpool's Trent Alexander-Arnold (£7.5m) has amassed 40 points in his last four matches and team-mate Diogo Jota (£7.0m) has matched Salah's 13 shots in the box in that period.

Iheanacho has plundered 50 points and seven goals in his last five matches ahead of the Foxes' Gameweek 32 encounter with West Bromwich Albion this evening.

Vardy's average of 5.6 points per match this term ranks second among forwards.

West Ham United's Jesse Lingard (£6.6m) is the top form player in Fantasy. The England star welcomes Chelsea on the back of three double-figure hauls in his last four outings.

The Belgian, who has 30 points in his last five matches, faces a relegated Sheffield United side who have conceded 11 goals in their previous four.

Part 1: GW33 Kings to watch: Greenwood can get more goals
Part 2: GW33 Differentials: Improving Mane will trouble Newcastle
Part 4: Who to captain in GW33? What the experts say