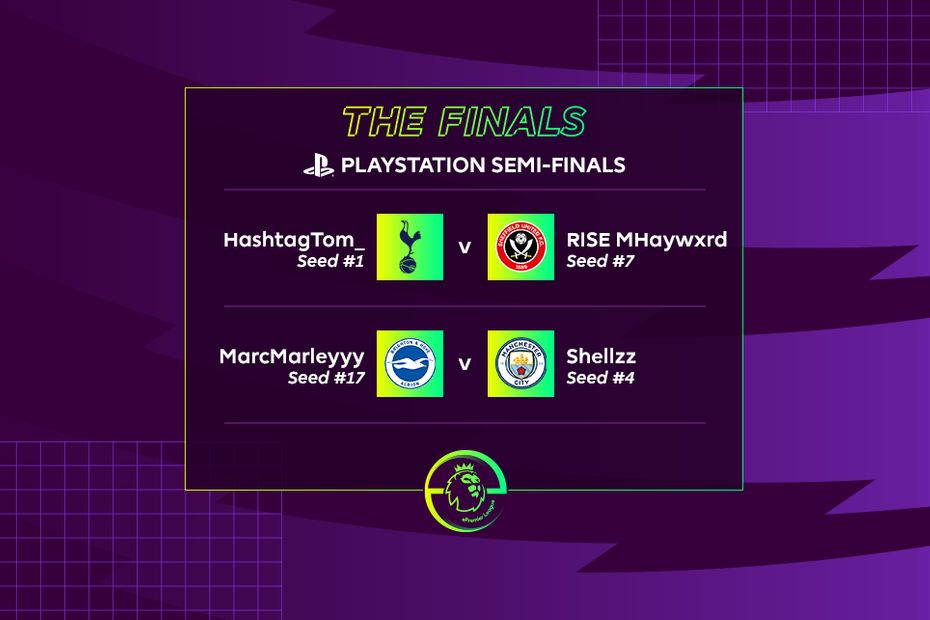 Tottenham Hotspur's Hashtag Tom went through in the most dramatic fashion, following a 2-2 draw over two legs, to set up a semi-final match against Sheffield United's Mitchell 'Mhaywxrd' Hayward on Friday.

It capped off a remarkable day for the 2019/20 champion, who also beat Brighton & Hove Albion's Marc 'MarcMarleyyy' Marley in a repeat of last season's cross-console Grand Final, before narrowly avoiding an elimination match as he edged past Leeds United's Michael 'Michael-Fisher20' Fisher with a stoppage-time winner.

"It meant a lot," he said. "Doing it for Spurs, the club I've supported my entire life, is massive."

"I'm known as a passion merchant" 🤣

Sheff Utd's Mhaywxrd, a first-time ePL semi-finalist, knocked out Southampton’s Ethan 'EthxnH' Higgins after winning both of his group-stage matches.

MarcMarleyyy recovered from his 7-3 group-stage defeat to Hashtag Tom to reach the last four.

A goal deep into stoppage time of extra-time, courtesy of the in-game character of Marcus Rashford, sealed a semi-final spot for the 2019/20 Xbox champion.

Manchester City's Shaun 'Shellzz' Springette, the No 4 seed on PS4, had a Man City player to thank for sending him through to the semi-finals.

Cosmin beat the No 2 and No 3 seeds on his way to facing Shellzz, but came up short in Wednesday's last quarter-final.

The semi-finals and finals will be played on both consoles on Friday, followed by the Grand Final to determine the overall winner.

See: How to watch the ePL Finals