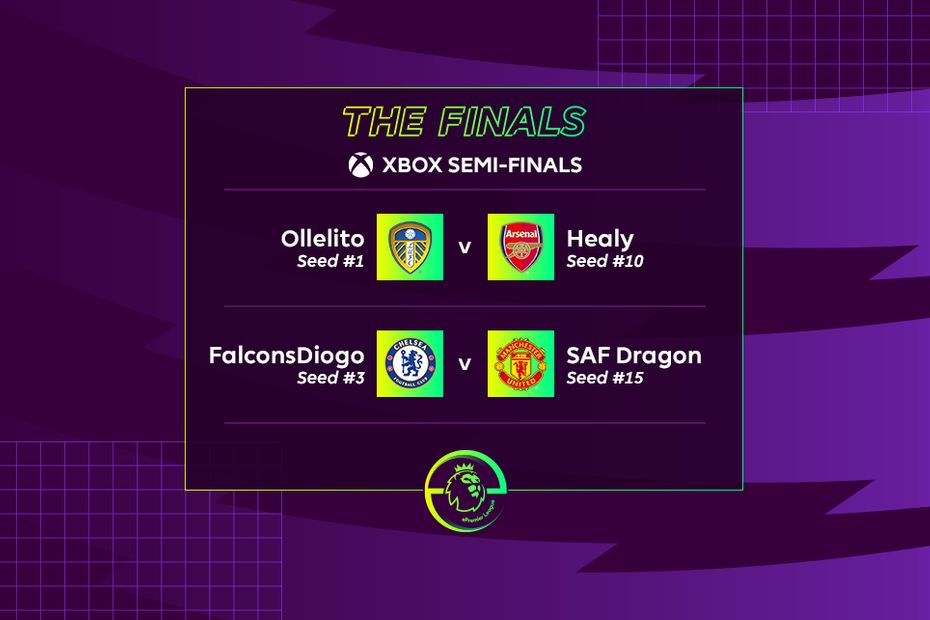 SAF Dragon beat Liverpool's Fnatic Tekkz 5-3 in the last eight after edging past Sheffield United's HUGE G0RILLA 6-5, surviving a real scare having held a 5-1 lead from the first leg.

He will face Chelsea's Diogo 'FalconsDiogo' Mendes in Friday's semi-finals.

FalconsDiogo will be aiming to make up for his heartbreak in 2018/19, when he suffered a late defeat to Fnatic Tekkz in the Xbox final.

He beat West Bromwich Albion's Jas 'Jas1875' Singh 6-3, getting one over on the player who represented his club, Chelsea, in the Finals two years ago.

𝑻𝒉𝒂𝒕 is how you perform under pressure 🧊

Healy admitted he was surprised by his success and had declined to book Friday off work because he did not expect to reach the semi-finals.

"I booked today off work, but I didn't book Friday off" 😂

Sean Flossy's progress to the last eight was also something of a shock, given he was the lowest-ranked of the 20 Xbox players in the Finals.

After losing his opening match to Fnatic Tekkz, he scored 13 goals in victories over Southampton's Joseph 'Royal Funky' Crown and Leicester City's Jacob 'FUTWIZ NKSNB' Benskin to reach the quarter-finals.

On Wednesday, it will be the turn of the Playstation 4 players to battle through the group stage and the last eight.

The semi-finals and finals will then be played on both consoles on Friday, followed by the Grand Final to determine the overall winner.

See: What happened in the Xbox group stage

See: How to watch the ePL Finals