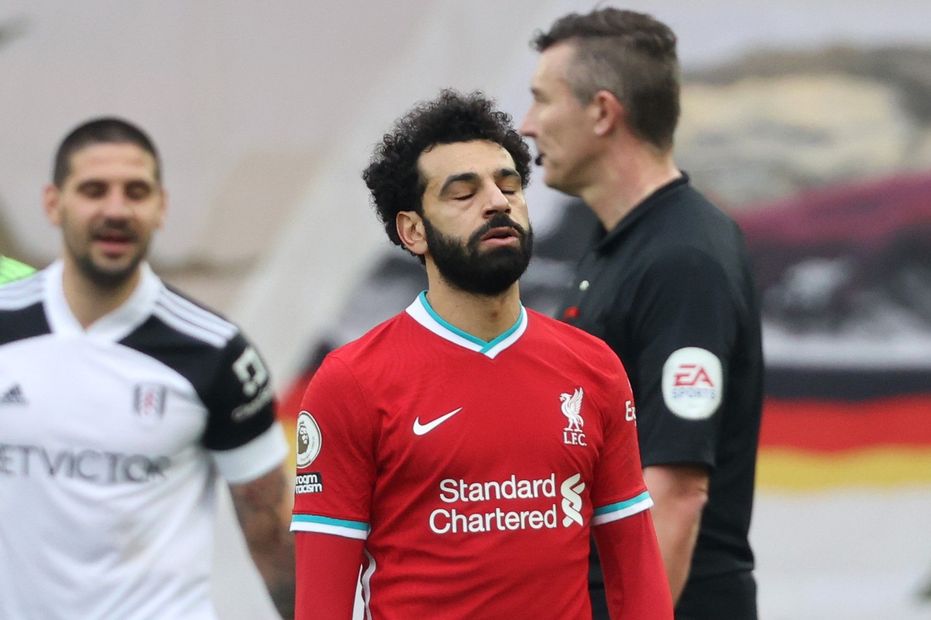 Owners of Mohamed Salah (£12.5m) in Fantasy Premier League are seeking out replacements after another disappointing display against Fulham.

Liverpool’s Egyptian is the fourth most-popular midfielder in Fantasy, found in 36.8 per cent of squads. But he has now blanked in four successive matches.

That poor run of form has sparked a major exodus in Fantasy.

Salah is the most-sold player ahead of Friday’s 18:30 GMT deadline, being transferred out by 175,000+ managers.

He has now failed to score or assist in 11 of his last 14 Premier League matches, a stark contrast to his early-season form, when he blanked only twice in his first 13 appearances.

The Scout’s panel of experts discuss their plans, and the best replacements.

With players such as Gareth Bale (£9.4m) and Pierre-Emerick Aubameyang (£11.4m) maintaining their good form in Gameweek 27 and playing in Blank Gameweek 29, it makes no sense to hold an out-of-form Salah, especially as Liverpool are without a fixture in Gameweek 29.

I will be holding Salah, the Premier League’s leading goalscorer this season, at least for Gameweek 28. While Liverpool have concerning form and Salah has only nine points over the last four matches, he scored four goals in the four matches before that period.

It feels strange talking about selling Salah but, excluding the West Ham United match in Gameweek 21, he has totalled just 38 points in his last 13 matches. Aubameyang and Bale both look like great replacements, but be wary of the UEFA Europa League, which could affect their minutes.

With Liverpool struggling, I'm shifting my resources to Tottenham Hotspur and the Bale, Son Heung-min (£9.6m) and Harry Kane (£11.3m) axis that we all had so much hope for at the start of the season.

The fear of not owning Salah has lost its sting, given few managers are likely to give him the captain's armband for the foreseeable future. If you already own Bruno Fernandes (£11.5m), you’re looking at the likes of Kevin De Bruyne (£11.8m), Son or a (hopefully) returning Jack Grealish (£7.5m) as replacements.

Every time I sell Salah he always burns me. Liverpool’s fixture run is so good from now until the end of the season it's hard to get rid. But his price tag is difficult to justify when Kane, Fernandes and Son are all firing. Maybe a move to Diogo Jota (£6.6m) as a cheaper Liverpool attacker is the way to go?

Salah has been particularly poor in recent weeks and that £12.5m outlay can definitely be better spent elsewhere. Bale and Aubameyang are two options I am looking at. While the north London derby will be a tight affair this weekend, both have fixtures in Gameweek 29, which many will be targeting.