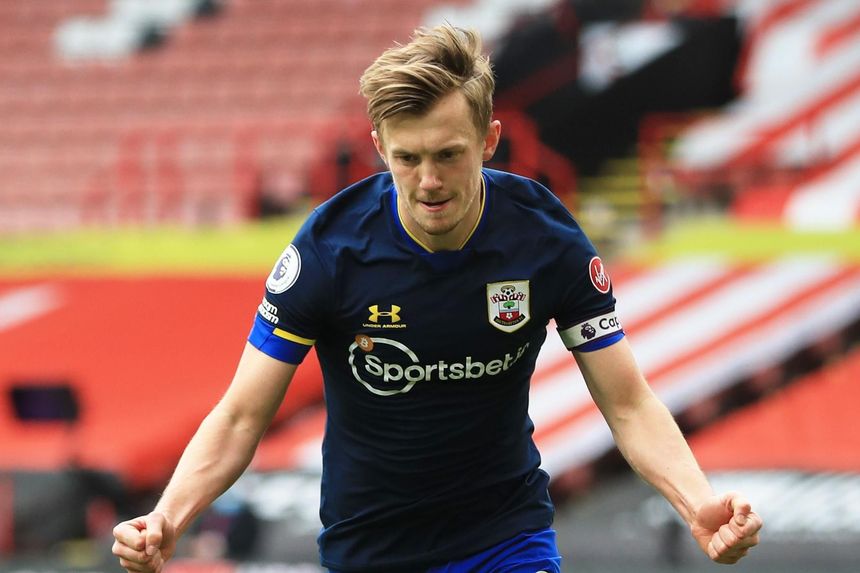 James Ward-Prowse (£5.9m) got off to a strong start to Southampton’s Double Gameweek 27 in Fantasy Premier League.

The midfielder opened the scoring in a 2-0 win at Sheffield United and collected the maximum three bonus points.

With 11 points he returned the highest FPL haul of any player over Saturday’s four matches.

Ward-Prowse's Southampton team-mate Fraser Forster (£4.0m) started a second successive match, with the goalkeeper helping his side to a first clean sheet since Gameweek 17.

Their four opponents from Gameweek 28 onwards are all in the bottom eight of the table.

A pair of low-cost Leicester City players were also a big success on Saturday.

Daniel Amartey (£3.9m) is the top-scoring defender in Gameweek 27. He netted the winner in a 2-1 victory at Brighton & Hove Albion to pick up 10 points.

Kelechi Iheanacho (£5.6m), meanwhile, continued his improving form by scoring the equaliser at the Amex Stadium.

The forward has scored all three of his goals this season in the last six Gameweeks ahead of a favourable home match against Sheff Utd next weekend.

Time to back Aubameyang?

Pierre-Emerick Aubameyang (£11.3m) was again on the scoresheet as Arsenal drew 1-1 with Burnley.

Aubameyang is listed as a midfielder in Fantasy but has profited from a recent move up front, producing eight goals in his last six starts in all competitions.

Aubameyang’s appeal as a premium big-hitter in Fantasy is lifted further by his upcoming matches.

He has a fine record against his next opponents, Tottenham Hotspur, producing three goals and an assist across his last two home meetings with them.

Arsenal are then among only eight sides with a fixture in Blank Gameweek 29, when they visit West Ham United.

Emiliano Martinez (£5.4m) extended his lead at the top of the goalkeeper standings in Aston Villa’s goalless draw at home to Wolverhampton Wanderers.

Record in his sights 👀

Emiliano Martinez (£5.3m) collected his 14th clean sheet of the season, and is now within 39 points of Brad Friedel's record points tally (187) for a goalkeeper, set back in the 2002/03 season#FPL #AVLWOL pic.twitter.com/wiKue6Rui7

He claimed his 14th clean sheet of the season to move 23 points clear of his nearest rival, Nick Pope (£5.6m).

Martinez is now the fifth highest-scoring player in Fantasy in 2020/21, thanks to a total of 149 points.