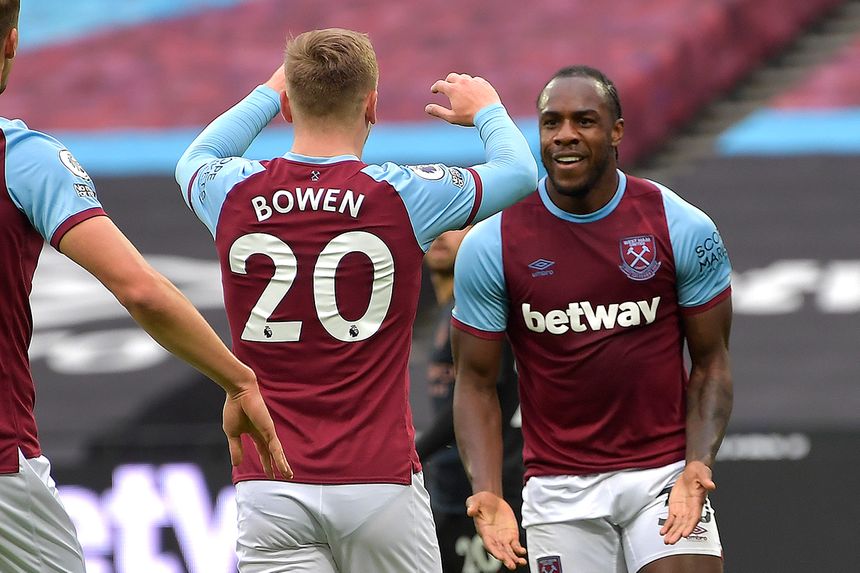 The Scout says managers should be looking ahead to Gameweek 8, when Hammers embark on favourable run

The form and fixtures of West Ham United can play a big part in shaping managers' transfer plans in Fantasy Premier League.

The Hammers have another testing fixture next up, visiting champions Liverpool.

But from Gameweek 8 onwards, managers should be targeting one or even two of their regular starters.

West Ham will face only two of last season’s top eight teams over their 13 matches from that point.

That run has the potential to reward investment at both ends of the pitch.

Frontman Michail Antonio (£6.3m) has been the Hammers' standout goal threat. His 15 shots in the box rank fifth among FPL forwards.

Goals against Arsenal, Leicester and Man City show his consistency, although managers must monitor Antonio’s fitness after he sustained a hamstring problem in Gameweek 6.

Tomas Soucek (£4.9m) offers a big aerial threat from midfield. His total of eight headed attempts is second only to the 12 of Aleksandar Mitrovic (£5.8m) among all players this season.

Wing-backs Arthur Masuaku and Vladimir Coufal (both £4.5m) have a combined total of three assists in the last four Gameweeks.

And three assists and two clean sheets for Aaron Cresswell (£5.0m) suggest he could be worth the extra outlay.

Cresswell's role as West Ham's main set-piece taker has helped him create 13 chances this season, more than any other defender in Fantasy.

If the Hammers can take advantage of their schedule, they can provide outstanding value in defence and attack over the coming months.

Part 1: GW6 Lessons: Bamford top for value
Part 3: Who are the best value picks? The FPL experts have their say