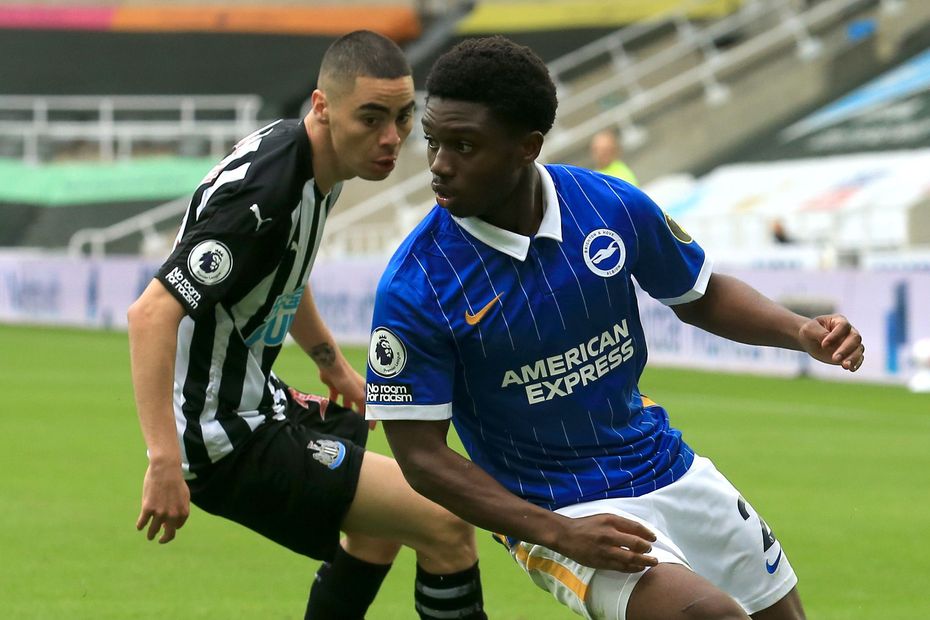 Scout Selection: Rely on Robertson for more returns
Who to captain in GW6? What the experts say
FPL Show Ep 7: Ask the experts

The Scout's panel of experts give their verdict on the Scout Selection ahead of the Fantasy Premier League Gameweek 6 deadline of 18:30 BST on Friday 23 October.

It's always nice when the picks look similar to your own team. I can see plenty of clean sheets for that defence this week. Neal Maupay (£6.6m), Dominic Calvert-Lewin (£7.7m) and Harry Kane (£10.8m) look formidable for Gameweek 6.

Really good to see Andrew Robertson (£7.1m) over Trent Alexander-Arnold (£7.5m) as the Scot has looked the more attacking defender for a sustainable period of time now.

I don't think Tottenham Hotspur will find as much joy against Burnley as they did against West Ham United, so a double up on Son Heung-min (£9.4m) and Kane could be too much investment in Spurs. The rest are very good, with most of the players highly owned.

Nice picks from The Scout this week, but a little uninspiring! A lot of template players in that XI, when we should be having fun! There's not going to be many opportunities to get Gareth Bale (£9.5m) or Sergio Aguero (£10.4m) in while they are differentials and under three per cent owned.

I like the balance in midfield but I'd add Wilfried Zaha (£7.2m) in as a fifth one at the expense of Maupay if that's affordable.

This week's picks are all strong for this Gameweek, but also for the next bunch of fixtures going forward. Tariq Lamptey (£4.7m) is exactly the kind of cheap defender managers should look to, with three assists already this season.

This team is very close to mine so hard to object much. If I were to make a change it would be to get Bruno Fernandes (£10.5m) in for the inevitable penalty conceded by the Chelsea defence.

There's a good chance of a double-figure haul for Robertson this week. Sheffield United have been toothless in attack, so a clean sheet is on the cards, and the left-back has looked threatening in attack too combining with Sadio Mane (£12.0m).

Great picks but I think it lacks a Wolverhampton Wanderers attacker. I think they will destroy Newcastle United this weekend.

The selection this week reflects my current train of thought on double-ups, with Kane needing to be paired with Son to see significant jumps in overall rank.

I really like this team, mainly because I share 10 of the same players! Hopefully this is a positive omen.