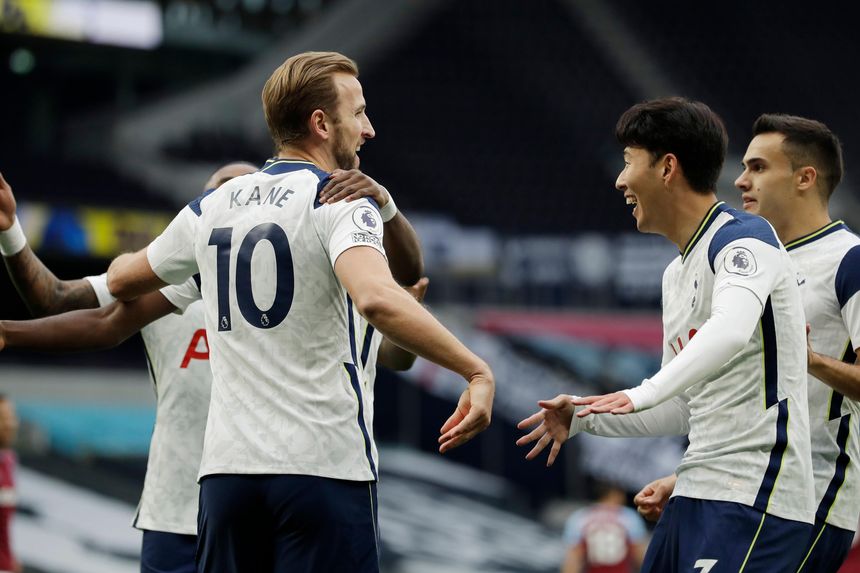 No player has had more goal involvements at this stage, while he and Son Heung-min could also make history together

'Kane and Son could play for any team in the world'
GW5 FPL stats: Son rewards faith of new owners
Wright: Bale can have a Ronaldo role for Spurs

Harry Kane has set a Premier League record after another impressive display in the thrilling 3-3 draw with West Ham United.

And the Tottenham Hotspur striker was again helped by his partnership with Son Heung-min as he racked up the most goal involvements after the first five Matchweeks of a Premier League season.

Kane scored twice, one from a Son assist, after teeing up the South Korean for the opening goal in a dazzling first 16 minutes at Tottenham Hotspur Stadium, before the Hammers fought back in dramatic style.

His total of 12 goal involvements in five matches this campaign is the most by any player at this stage of a Premier League season.

Kane is leading the race for the Playmaker Award with seven assists, while he is two behind Golden Boot race leader Dominic Calvert-Lewin with five goals.

Kane and Son's link-up for the first two goals on Sunday means they have combined for 28 goals in the Premier League overall.

Their club-record tally is only beaten by three pairings in the competition's history.

Most PL goal combinations ever

Kane and Son's total of goal combinations this season is already eight, meaning they are comfortably on track to set a Premier League record for the most by any duo in a single campaign.

That record currently belongs to Alan Shearer and Chris Sutton, who combined for 13 goals as Blackburn Rovers won the title in 1994/95.