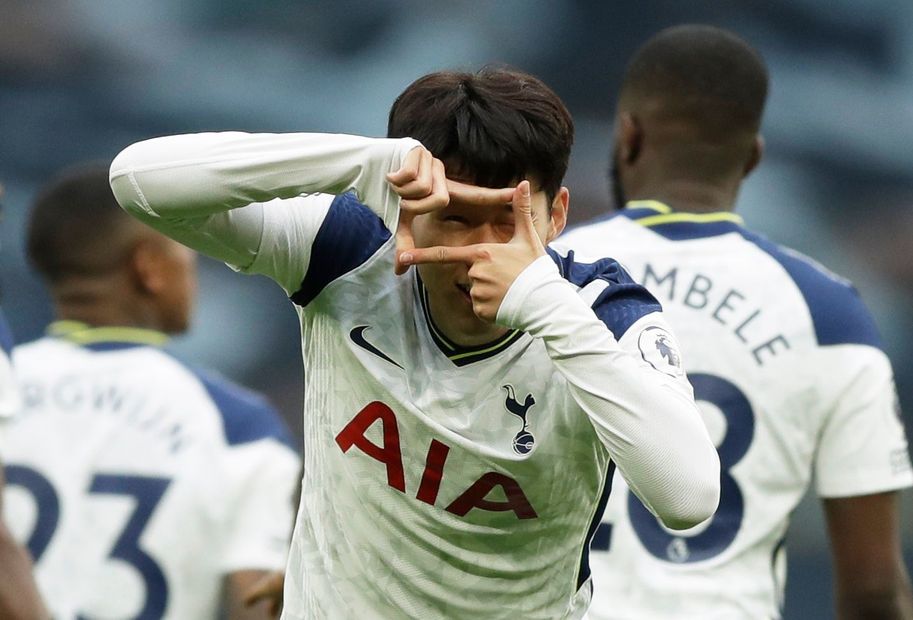 Son Heung-min (£9.3m) rewarded the legions of Fantasy Premier League managers who signed the South Korean and made him captain for Gameweek 5.

The Spurs star, transferred in by almost two million managers ahead of Gameweek 5, claimed a goal and an assist in the thrilling 3-3 draw with West Ham United to bring earn a total of 13 points.

James Rodriguez (£7.9m) rewarded his 871,000+ new owners with an assist as Everton twice came from behind to draw with Liverpool. The Colombian has supplied an assist in all three of his appearances at Goodison Park.

Jack Grealish (£7.2m) completed the top three transfers in following his 24-point haul last time out ahead of a trip to Leicester City but he could claim only three points in Aston Villa's 1-0 victory.

Timo Werner (£9.3m) struck his first Premier League goals to punish the 497,000+ who lost faith in him. The German scored twice and supplied an assist as Chelsea drew with Southampton 3-3 at Stamford Bridge.

Kevin De Bruyne (£11.5m) was the most-sold player for Gameweek 5 after he was ruled out through injury. More than 1.3million parted company with the Belgian.

Pierre-Emerick Aubameyang (£11.8m) is without a goal since the opening match of the season and a difficult fixture at Manchester City prompted over 612,000 managers to sell the Arsenal star - a decision that was justified by his blank in the 1-0 reverse.

The top three captain picks were each selected by over 1.1million managers, with Son in first gaining just 78,000 more backers than Mohamed Salah (£12.3m) in third.

The Egyptian scored his sixth goal of the season in the Merseyside derby. He's proved a reliable armband choice so far this season, producing attacking returns in four of the first five Gameweeks.

The two most-popular captains for Gameweek 5 were both from Tottenham Hotspur, with Harry Kane (£10.7m) joining Son. Kane shone again as he claimed 16 points with the help of two goals and an assist.

The same three players were favoured by the top 100 managers but Kane was the overwhelming favourite with nearly two-thirds of the armband picks.