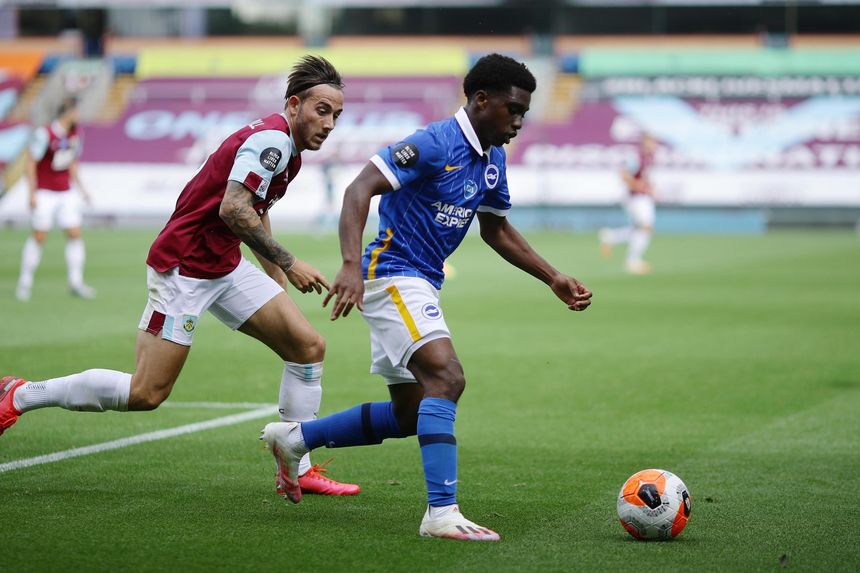 Boss has made transition easy, says Bruno External Link
The best of 2019/20's homegrown debutants
'Brighton helped me to rebuild my life'

Solid defensively but also prepared to link play in advanced areas, Lamptey has added a different dimension to the Seagulls since signing from Chelsea in January.

The 19-year-old is able to play either as full-back or wing-back and this versatility makes him a huge asset to Graham Potter and his style of football.

Lamptey takes full advantage of his low centre of gravity and his standout trait is his speed.

He is especially quick in five to 10-yard bursts and this makes him excellent at winning possession and accelerating beyond opponents.

No other Brighton player made more interceptions per 90 minutes than Lamptey’s 2.44 across 2019/20.

Lamptey is strong but is only 5ft 4in tall, meaning he is vulnerable in the air, and this weakness may be targeted in the upcoming season.

While his speed helps him cover for Brighton’s centre-backs on the ground, aerial deliveries towards the far post could be a problem for him.

With Potter unafraid to use a back three, Lamptey’s best position could turn out to be wing-back.

He has the athleticism and is certainly dynamic enough with the ball at his feet.

On several occasions last campaign, he turned defence into attack with a number of surging runs.

This also makes him a target for opposition players and he finished last season as the Premier League’s most-fouled defender per 90 minutes.

In a short space of time, Lamptey has proven he has the talent and temperament to shine for Brighton.

Under the tutelage of Potter, I expect his game to develop even further during the next couple of seasons and he is most definitely a player to look out for in 2020/21.