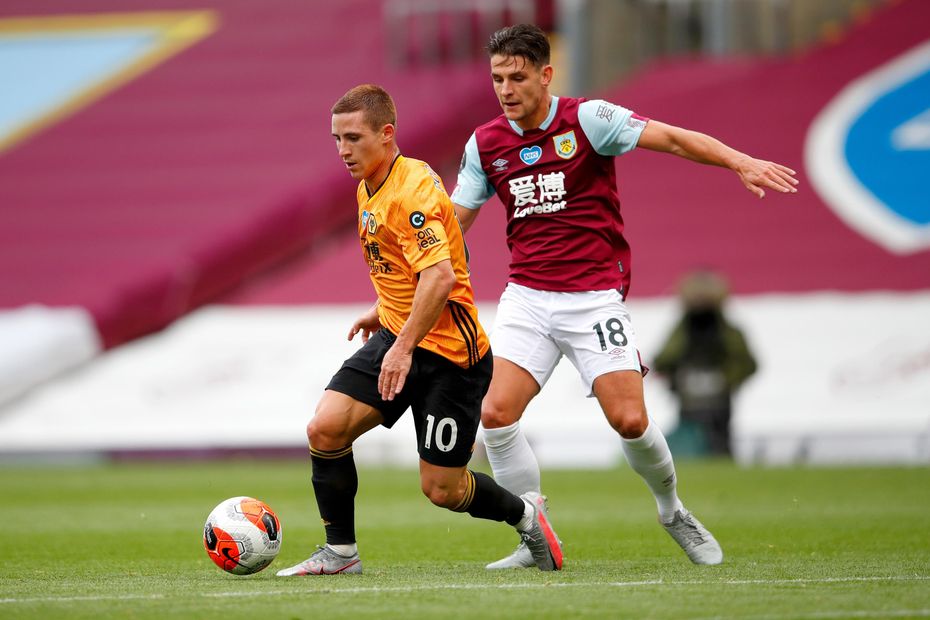 The diminutive Podence can make a huge impression for Wolverhampton Wanderers in his first full season in English football.

Arriving in January from Olympiacos, he made just three Premier League starts in the second half of the season.

But we still saw glimpses of the 24-year-old forward’s promise as he produced flashes of real inspiration.

He won a penalty on his full debut in Wolves' 3-0 victory against Everton and scored a close-range header in a 2-0 home win over Crystal Palace.

The 5ft 5in star can operate in any of the three main attacking roles for Nuno Espirito Santo's side and is good enough to nail down a more regular spot.

And Podence also has the attributes to be effective in fast transitions.

He possesses impressive speed off the mark and his darting runs in behind defenders are sure to cause problems.

From longer diagonal passes – one of the team’s main strengths – Podence definitely has the tools to stretch rival teams.

Indeed, the winger is the second-fastest player at Nuno's disposal.

Podence turns sharply and has wonderful skill in tight areas.

This ensures he catches the eye, and often the trailing leg of floundering opponents.

He is the Wolves player who earns the most free-kicks, being fouled almost three times per 90 minutes.

And it would be no surprise if he wins a number of penalties this season too.

Podence also likes to fire off shots and is averaging over three efforts per match.

If there is a criticism, it is his goal return. He netted only 13 times in 68 Super League appearances for Olympiacos.

But under the expert guidance of Nuno, who has helped Traore improve his all-round game tremendously, Podence should develop nicely in 2020/21.

His pace and positive attitude will have an uplifting effect on the team.

Playing for a side who can be a little formulaic at times, Podence has the kind of unpredictability that could just turn tight matches in their favour.

He is capable of making the difference when Wolves need it the most.