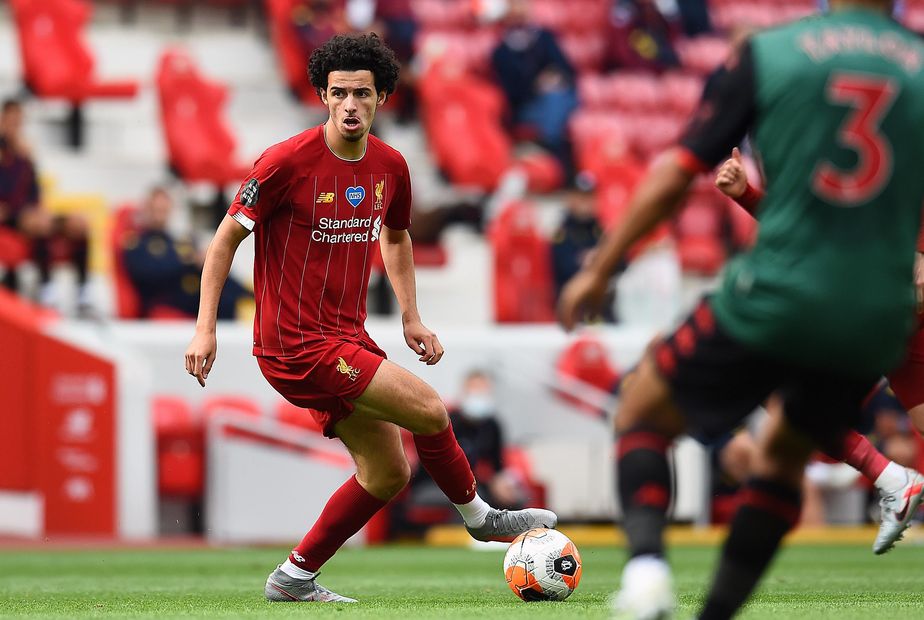 Jones will swap the number 48 shirt for 17 this season, an indication of his deserved rise up the ranks.

The 19-year-old broke into the senior team in 2019/20 and impressed in his six Premier League appearances.

Confident on the ball, Jones scored three times in all competitions, including a maiden top-flight goal in a 2-0 home win against Aston Villa.

Each finish showcased a high level of technical ability from the 2019/20 Premier League 2 Player of the Season.

He shares similar qualities to the former Reds attacker and can also play anywhere in midfield or further forward.

Jones offers Jurgen Klopp a positive and fresh option from the left flank.

Jones averages 5.2 touches in the opposition penalty area per 90 minutes.

During his 122 minutes in the Premier League he has shown a tendency to take up extremely advanced positions.

He is the type of midfielder Liverpool have missed at times and he will be a big threat for the champions with this trait in 2020/21.

While the Englishman is able to keep hold of the ball and produce skills at the right time, he very rarely loses it.

His Premier League pass accuracy was an excellent 87 per cent and his assured displays should help him feature more regularly.

Liverpool’s midfielders did not contribute many goals en route to their title success, an area which Jones can help to improve.

His first goal for the club was a stunning, curling strike which knocked Merseyside rivals Everton out of the FA Cup. This was followed by further efforts against Shrewsbury Town and Aston Villa.

Not afraid to try his luck with shots from range, Jones looks like the type of midfielder who can one day be capable of hitting double figures in a season.

His exciting play in the final third means he could also be used as an understudy to left-winger Sadio Mane.

As a creative force, we have yet to see a great deal of Jones, but the early signs are promising.

He made four key passes in 10 Premier League and FA Cup appearances, yet registered four times as many shots, with 16, across those outings.

A gifted young player, Jones appears to have the class and temperament to thrive at Liverpool for many years to come.