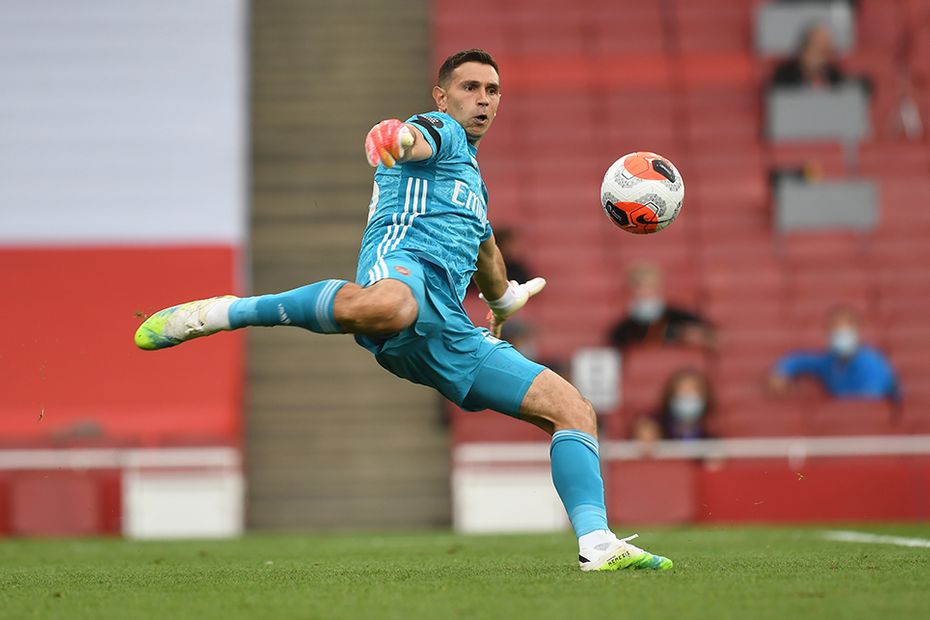 Adrian Clarke looks at players who emerged in the Premier League last season and who are set to shine in 2020/21.

The excellent end-of-season form of Emiliano Martinez has left Mikel Arteta with a difficult choice over who should start the new campaign as Arsenal's No 1 goalkeeper.

The 27-year-old, who has been understudy to Bernd Leno for the past two seasons, was outstanding during the final nine Premier League matches.

He also played an instrumental role in the Gunners' FA Cup success.

Leno himself finished runner-up in the club's Player of the Season vote, but many Arsenal supporters believe Martinez's displays eclipsed those of the German, whose season was ended by a knee injury sustained against Brighton & Hove Albion on 20 June.

Statistics show that no other goalkeeper made a higher percentages of saves from shots inside the penalty area.

The Argentinian was kept extremely busy too, making 3.97 saves per 90 minutes.

The only goalkeeper with at least the same number of appearances to have made more stops was Tottenham Hotspur's Hugo Lloris with 4.03.

According to Opta's expected Goals on Target stats (xGoT), Martinez prevented an extra 2.9 goals from being scored in his nine outings.

That figure is all the more impressive with Leno estimated to have prevented an extra 1.9 goals across his 30 appearances.

Arsenal are fortunate to have two such good goalkeepers competing in their position, but it is Martinez who offers a greater physical presence.

At 6ft 5in, he is far more dominant when it comes to collecting crosses.

Only Burnley's Nick Pope claimed more catches per 90 minutes than Martinez, who was unflappable and positive in those situations.

It will be understandable if Arsenal's head coach remains loyal to Leno but that call is very much up in the air at the moment.

Martinez excelled in the German's absence and looks to have all the attributes required to become a top-class Premier League goalkeeper.

If he is to retain his place in the side, he will do so with the full confidence of Arsenal fans.