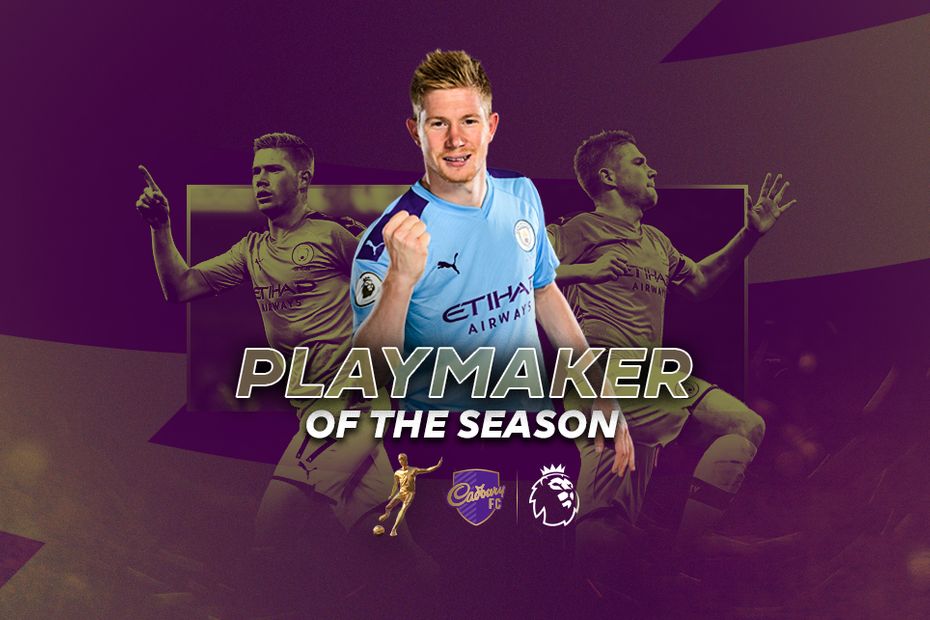 Manchester City's Kevin De Bruyne is set to claim the 2019/20 Premier League Playmaker of the Season award for the second time on Sunday.

The midfielder won the inaugural prize, presented by Cadbury, in 2017/18 with 16 assists.

And, after providing his 19th assist of the campaign in Tuesday's 4-0 win at Watford, he is six clear at the top of this season's standings.

De Bruyne still has every reason to aim for at least one more assist when Man City host relegated Norwich City on the final day.

If he sets up a goal he will equal Thierry Henry's Premier League record of 20 assists in a campaign, achieved in 2002/03. And the Belgian could go on to exceed that total, establishing a new mark in the competition.

Encouragingly for De Bruyne, Man City have scored 16 goals in their last four matches, while Norwich have the worst defensive record in the league with 70 goals conceded.

Part 1: Can Vardy hold off pursuers in Golden Boot race?
Part 2: Pope and Ederson in duel for Golden Glove