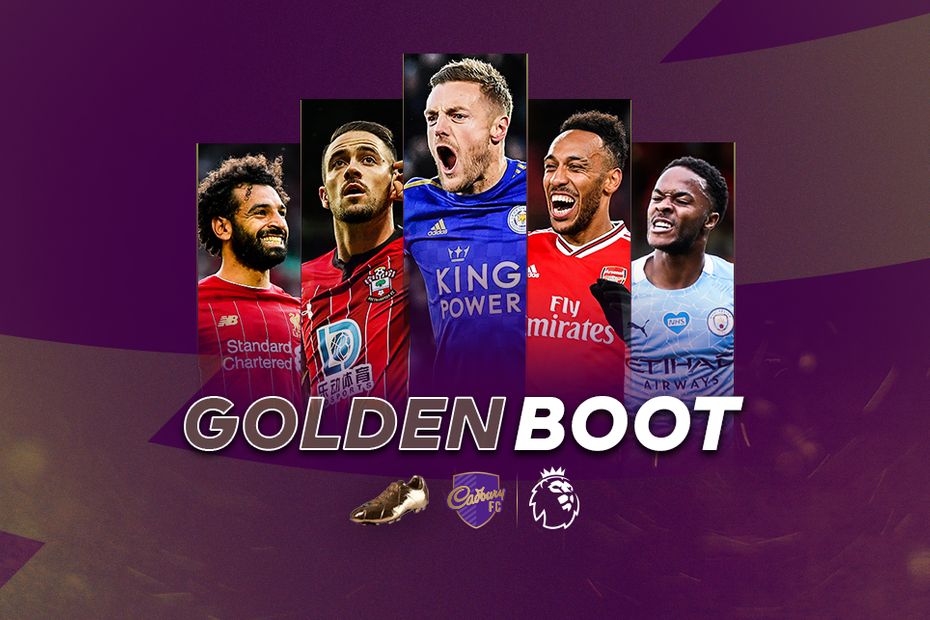 Jamie Vardy is in pole position to claim the Premier League Golden Boot award for the first time.

The Leicester City forward has netted 23 goals ahead of the Foxes' home match against Manchester United on Sunday.

Vardy has drawn a blank in his last two outings but still sits two goals ahead of Southampton's Danny Ings, who has also never won the prize.

Ings is in strong form as he and his Saints team-mates prepare to host Sheffield United, having netted in his last two matches, against Brighton & Hove Albion and AFC Bournemouth.

Arsenal's Pierre-Emerick Aubameyang is three goals behind Vardy in his quest to retain the Golden Boot, which is presented by Cadbury.

The Gunners striker needs at least a hat-trick at home against Watford on Sunday.

And he faces a Hornets defence who have conceded seven goals in their last two matches, while Aubameyang netted a brace when the sides drew 2-2 in this season's reverse fixture.

Liverpool forward Salah is one goal behind Aubameyang but will take confidence from the fact he has scored in his last four matches with Sunday's opponents Newcastle United.

He could become only the third player to win the Golden Boot for a third time, and three times in a row, after Alan Shearer and Thierry Henry.

Manchester City's Raheem Sterling is making a late charge and has moved level with Salah after scoring five goals in his last three Premier League matches.

He needs to score at least four goals on the final day and faces a Norwich City side who have conceded a league-high 70 goals this season.

Sterling also seems to have assumed penalty duties for Man City, having taken their last spot-kick in the midweek 4-0 win over Watford.