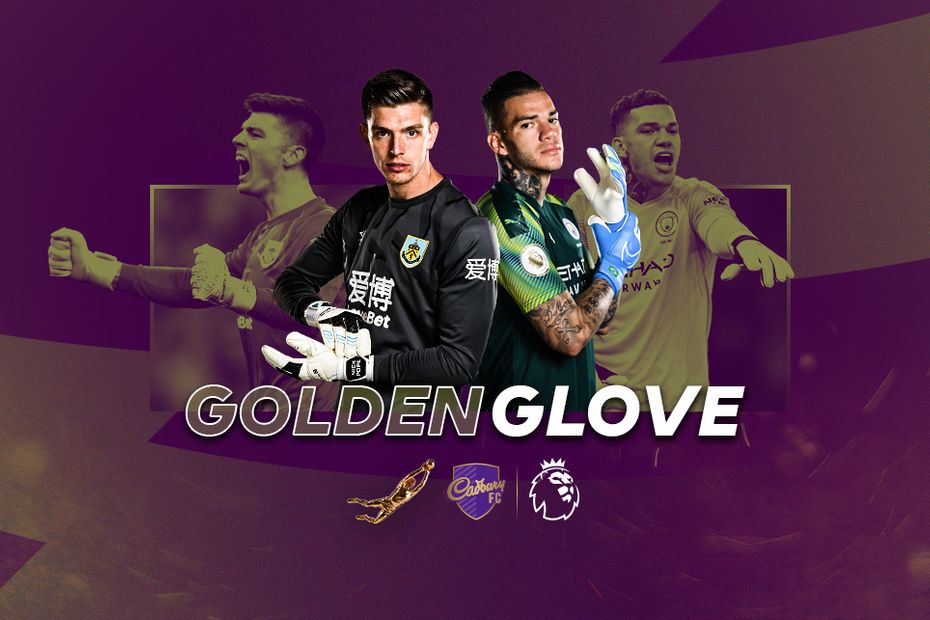 The race for the Premier League Golden Glove award will be decided on the final day of the season, with the two frontrunners level.

Nick Pope and Ederson have each kept 15 clean sheets for Burnley and Manchester City respectively.

Pope took the outright lead last Saturday after a 2-0 win at Norwich City, but Ederson matched him in Tuesday's 4-0 victory over Watford.

Both players are aiming to claim the Premier League's top goalkeeping prize, which is presented by Cadbury, for the first time.

Ederson lost out on the award to Liverpool's Alisson on the final day of last season, but he has put himself in contention again with six clean sheets in his last nine Premier League matches.

Neither goalkeeper earned a shutout in the reverse fixtures. Indeed, Ederson was beaten three times in a shock 3-2 defeat to the Canaries, while Pope conceded in a 1-1 draw.

If they are still level after Sunday's matches, they will become just the second pair of goalkeepers to share the award after Petr Cech and Wojciech Szczesny did so in 2013/14.

Part 1: Can Vardy hold off pursuers in Golden Boot race?