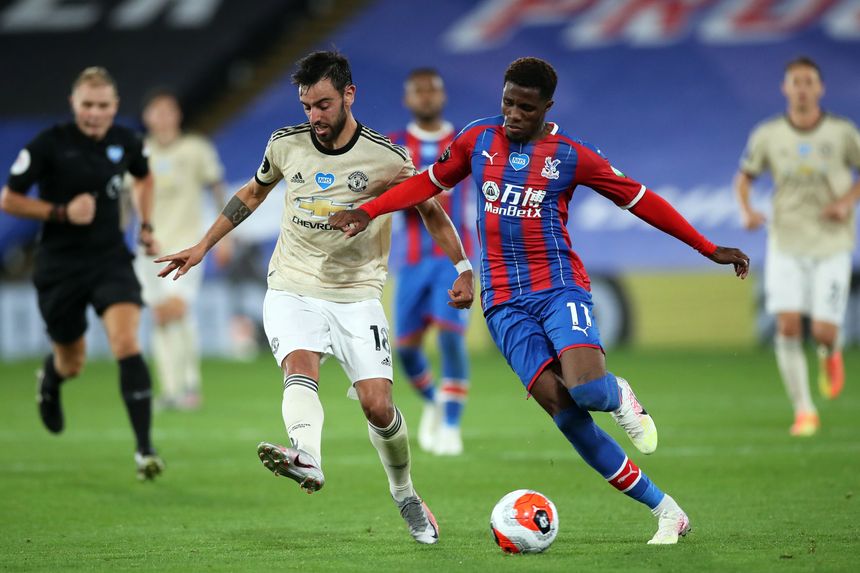 The third-most popular captain pick in Gameweek 36+ of Fantasy Premier League rewarded his backers with an assist for Manchester United on Thursday night.

Bruno Fernandes (£9.1m) returned six points in the 2-0 win at Crystal Palace, rubbing further salt into the wounds of the managers who instead opted for Mohamed Salah (£12.5m) and Kevin De Bruyne (£10.8m).

Salah was the No 1 captain choice for a record 14th time in 2019/20, with more than one million trusting him with the armband, but he blanked in Liverpool's 2-1 defeat at Arsenal and returned only two points.

A further 958,000 FPL managers who made De Bruyne the second-most popular pick were also disappointed after the Belgian was an unused substitute in Manchester City's 2-1 win over AFC Bournemouth.

But Fernandes was the top vice-captain among those who gave the armband to De Bruyne, so 158,257 managers will at least enjoy seeing their armband switching over to the Portuguese.

Among the leading 100 FPL managers Christian Pulisic (£7.4m) was the top captain selection.

The American repaid his backers with an assist against Norwich City in the opening match of Gameweek 36+, his seventh attacking return since the competition's resumption.

The 17 elite managers who opted for Raheem Sterling (£11.8m) will still be ruing their decision.

Sterling was also the most-popular signing for the Gameweek among all FPL managers but his 230,000+ new owners would have had their head in their hands as he was benched.

While he did come on at half-time, Sterling was only able to bring home one point against AFC Bournemouth.

It is the 17th time in 35 Gameweeks that the most-bought player has blanked, and the second time in a row after Mason Greenwood (£4.9m) missed out on attacking returns in Gameweek 35+.

There was better news for owners of Sterling's team-mate Gabriel Jesus (£9.8m), who was the second-most popular addition and scored the second goal in City's 2-1 victory.

Danny Ings (£7.5m) completed the top three for transfers in and the Southampton striker delivered with his 20th goal of the season against Brighton & Hove Albion on Thursday.

With matches to come against AFC Bournemouth and Sheffield United, his 173,000+ new owners will be hoping he can catch Jamie Vardy (£9.8m) in the race for the Golden Boot.

GW36+ most transfers in

A host of FPL managers made room for Sterling by transferring out Salah, the second most-sold player in the Gameweek after his disappointing blank against Burnley last weekend.

On the other hand, Raul Jimenez (£8.1m) punished his sellers again after being among the top three transfers out for a third successive Gameweek.

The Wolverhampton Wanderers forward followed up his weekend goal against Everton with another at Burnley on Wednesday.

Leicester City defender Caglar Soyuncu (£4.9m) was removed by over 307,000 people following his red card against AFC Bournemouth. The three-match ban means he will miss the rest of the season.