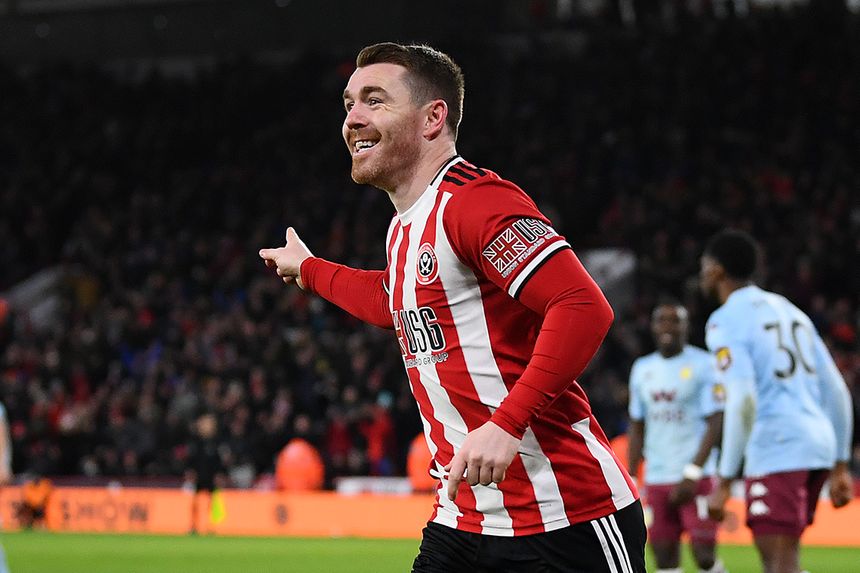 Adrian Clarke is looking at key tactical talking points ahead of Matchweek 30.

Sheffield United's midfield has played a huge part in their success this season and it is a threat Aston Villa must deal with on Wednesday evening.

John Fleck and John Lundstram have earned a reputation for their attacking impact in what has been an impressive debut Premier League campaign for both.

Between them, they have scored nine times, contributing a further five combined assists for the seventh-placed Blades.

The last time these two sides met was at Bramall Lane in December, where a brace from Fleck helped Chris Wilder's side to a 2-0 victory.

On both occasions, Fleck made smart, late runs into the area before finishing well.

The 28-year-old only averages 1.52 touches inside the area per 90 minutes and four Sheff Utd team-mates, including Lundstram, attempt more efforts on goal each match.

Patiently waiting for the right moments, Fleck uses the element of surprise to escape his markers' attention.

When he does so, the Scotland international is among the Blades' most clinical finishers.

His conversion rate of 26.3 per cent is the second best of all top-flight midfielders with five goals or more so far this season.

Fleck is likely to come up against his fellow countryman John McGinn at Villa Park, with the Aston Villa midfielder recovering from a fractured ankle.

Like Fleck, McGinn is left-footed but usually plays to the right of central midfield.

Stylistically, they share many similarities so it will be fascinating to see who gains the upper hand.

In a team of unsung heroes, Fleck has led the way with a series of notable showings this campaign.

He is second only to set-piece specialist Oliver Norwood for the most key passes among his team-mates this term.

Fleck likes delivering whipped crosses from outside the box, while he is also comfortable at dribbling beyond his marker.

The home side will be well aware of Fleck's qualities and will need to restrict his influence if they are stop Sheff Utd winning this fixture once again.