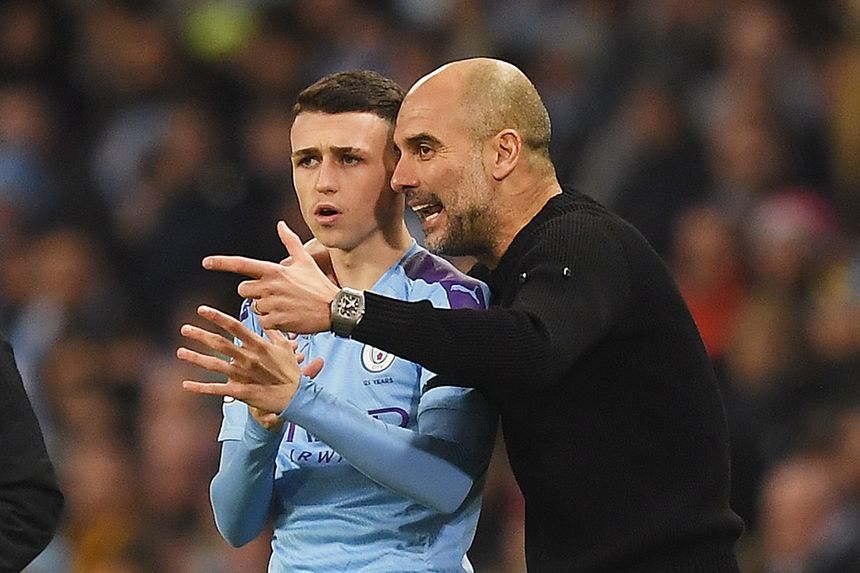 In-game management plays a critical part in every team’s season.

Adapting to new scenarios, changing your tactical approach when necessary and making the right substitutions at the correct time all form part of a manager or head coach's brief.

In this regard some are more decisive than others.

Never afraid to alter the shape, Brighton & Hove Albion’s Graham Potter has made the most half-time substitutions.

Those tweaks have often worked out well for the Seagulls. They would rank 10th in the division for results only in the second half of matches, which would surpass their current position of 15th in the table.

In fact, the Cherries have the worst record after the break of all 20 Premier League teams.

Injuries can of course prompt substitutions but the bulk of changes tend to be of a tactical nature.

Every manager has their own outlook but certain coaches do not flinch if a reshuffle is needed.

With a wealth of talent sitting on his bench, it is perhaps no surprise that Pep Guardiola leads the way for most changes during the first 15 minutes of the second half.

If he is not happy he will take action.

Of those three teams, Wolves have enjoyed the biggest uplift in performance.

They have a disappointing goal difference of minus-11 in the first half of matches, but after the interval they are a different animal.

Helped on occasion by smart changes from Nuno, they boast a marvellous +18 goal difference from the 46th minute onwards.

So, which managers impact matches most often via a clever substitution?

Brendan Rodgers is top of the pile after 29 matches of the campaign.

The Leicester City manager has a settled starting XI but with excellent back-up players who are hungry to make a good impression, he has the potential to transform matches.

Seven assists and five goals have stemmed from substitutes brought on by Rodgers.

Leicester have also won three and drawn three of the 11 matches where they have trailed 1-0.

Studying the top two in the table below, it is worth noting that Manchester City, with 37, and Leicester, with 36, are the top scorers in the second half of matches.

Whose subs have made biggest impact?

Guardiola’s former assistant Mikel Arteta seems to have picked up the art of intuitive second-half changes from his mentor.

In only 10 matches in charge of Arsenal his substitutes have scored two goals and supplied two assists.

The Spaniard’s success rate is therefore very close to that of Rodgers.

Managers need strength in depth to be able to alter the course of matches, but their in-game decision-making also impacts a lot of results.