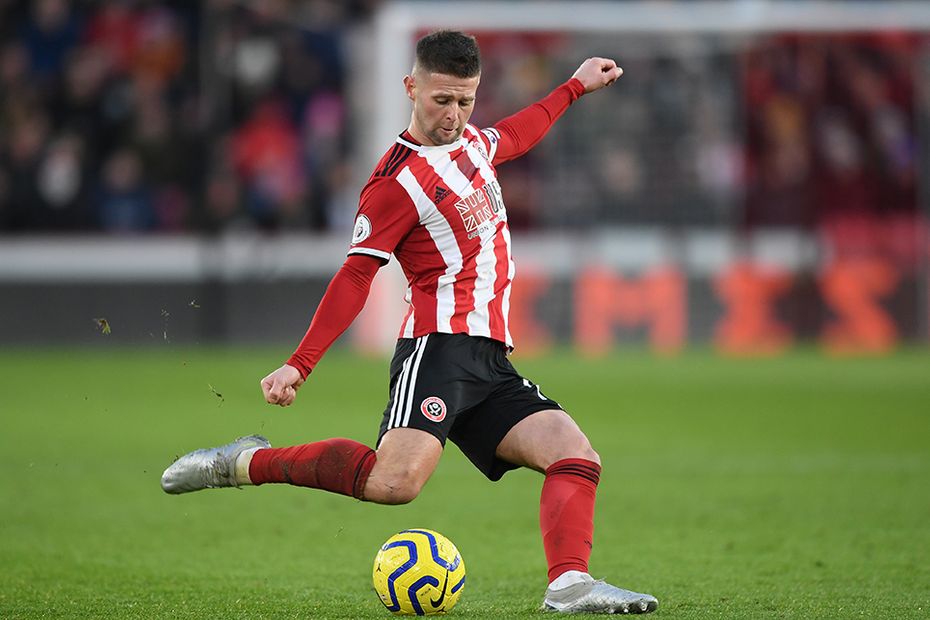 Yet within the Blades' distinctive 3-5-2 system, there is an individual who underpins their style and tactics and that is central midfielder Norwood.

Strategically, the 28-year-old is absolutely vital.

Which way does Norwood pass?

One of Norwood's great strengths is his ability to move the ball to all areas of the pitch.

Dropping deeper than his fellow midfielders to take up possession, he adopts the role of a quarterback and varies his distribution with intelligence.

Over the course of the campaign, Norwood has found both wing-backs with similar regularity, passing to Enda Stevens and George Baldock 139 times and 149 times respectively.

The trend is the same with the two central midfielders that flank him.

He has picked out John Fleck and John Lundstram on practically the same number of occasions, with 145 and 151 passes in turn.

This gives the Blades a lovely balance when they are building attacks.

Norwood's positioning is also integral to the patterns of play Sheff Utd produce under Wilder.

By getting on the ball so frequently in deep areas, he allows the widest centre-backs, Chris Basham and Jack O’Connell, to move wide towards the touchlines.

This in turn gives the wing-backs licence to get into extremely advanced areas.

Stretching out your players in such a way is only an effective tactic if the man on the ball is an excellent long-range passer and Norwood certainly ticks that box.

No midfielder in the league pings as many accurate balls over a lengthy distance. This is an essential quality in a side playing in a 3-5-2 formation where the wing-backs are hugging the touchline.

As shown in the table above, there is a similarity with Wolverhampton Wanderers, whose two midfielders also produce a steady stream of long passes in a system featuring three centre-backs.

Without Norwood's range of distribution, the Blades would not be able to use the full width of the pitch as effectively as they do.

It is not just Norwood's passing range that makes Sheff Utd so reliant on his qualities.

The Northern Irishman adds plenty in other areas.

Norwood with and without the ball

No player in the Blades' squad recovers possession as frequently, and he is also an expert set-piece taker.

A total of 17 chances have come from Norwood corners or free-kicks.

That technique also makes him one of the best crossers of the ball in open play.

Sheff Utd are stronger than the sum of their individual parts but, from a tactical angle, Norwood is an indispensable member of the team.

His part in their success so far has been vastly underrated.