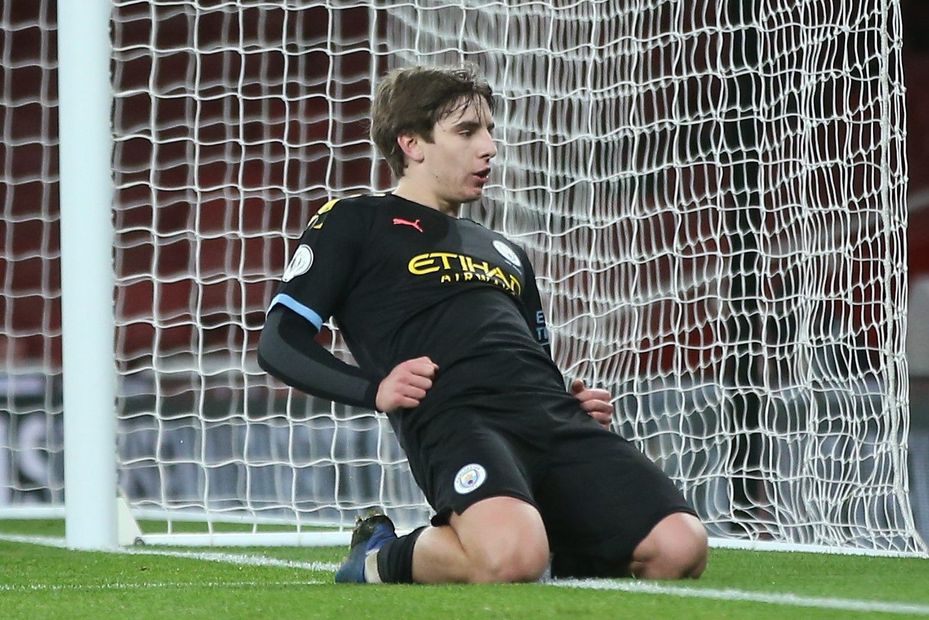 Adrian Bernabe has won the Premier League 2 Player of the Month award for February 2020.

Bernabe was an instrumental figure in Manchester City's midfield, with his standout PL2 Division 1 performance coming in a 4-2 comeback win at Arsenal.

The 18-year-old was involved in three goals, scoring the fourth, as Man City stunned the Gunners with three strikes in the last 11 minutes at Emirates Stadium.

Bernabe also featured in a PL2 Division 1 match at Brighton & Hove Albion and is the first Man City player to win the award this season.

The Spain youth international was chosen as the PL2 Player of the Month by the Premier League's Football Development Panel.