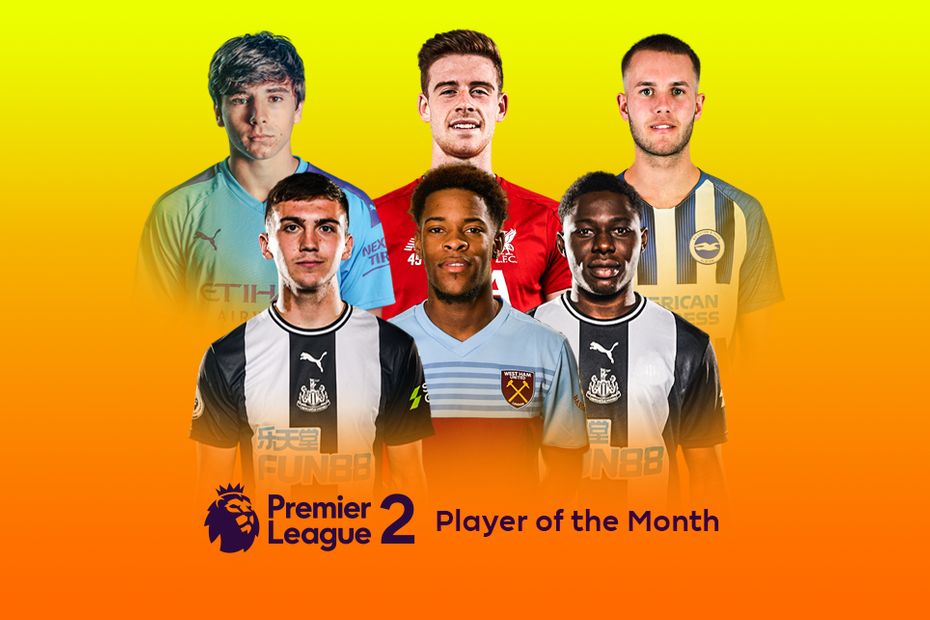 The winner was also decided by the Panel.

Bernabe, an 18-year-old attacking midfielder, inspired his team to a dramatic 4-2 comeback win against Arsenal. The Spaniard was involved in three goals at Emirates Stadium and also featured in a Division 1 match at Brighton & Hove Albion.

The 20-year-old Scottish left-back started all four February matches and got an assist in a perfect month for Liverpool. They scored 14 goals and conceded only once, beating Arsenal and Wolves in Division 1, as well as qualifying for the last 16 of the PL Cup with wins over Huddersfield Town and Sunderland.

The youngest nominee at 17, Jenks was involved in a goal in all three of Brighton's February wins as they rose to third in Division 1. The midfielder set up the winner at Tottenham Hotspur before scoring against Manchester City and Derby County.

Republic of Ireland youth international McEntee was ever-present as Newcastle United won all three Division 2 matches without conceding, including the PL2 Tyne-Wear derby. The 19-year-old centre-back also featured and scored in the PL Cup as the Magpies reached the knockout stage for a third successive season.

It was a special month for the 22-year-old Portuguese forward, who made his return to action from an emergency stomach operation last summer. His goal and assist as a half-time substitute inspired a 4-2 comeback win at Sunderland, and he added further goals against Stoke City and Norwich City as the Division 2 leaders stayed unbeaten for the season.

Born in Senegal but a Switzerland youth international, 19-year-old Toure scored two goals and set up two more in wins over Swansea City and fierce rivals Sunderland. The forward also found the net along with fellow PL2 Player of the Month nominee McEntee in a 6-2 PL Cup victory over Scunthorpe.