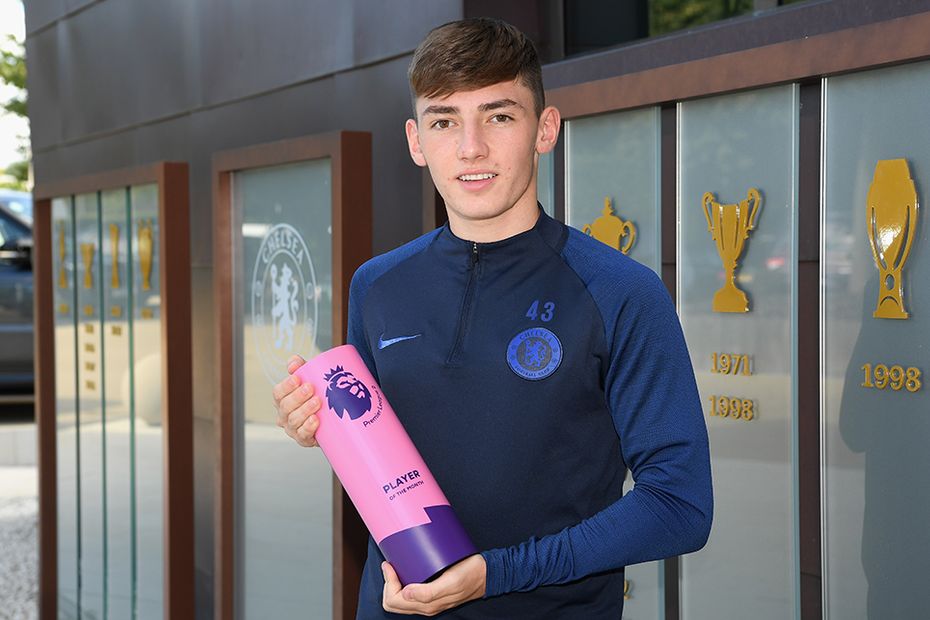 Billy Gilmour has claimed the August Premier League 2 Player of the Month award.

The 18-year-old midfielder enjoyed an unforgettable month that culminated in a Premier League debut for Chelsea in a 2-2 draw with Sheffield United.

"It was incredible," said Gilmour after receiving his award. "A home debut at the Bridge, you can't beat it.

"I was nervous to come on but more excited! It shows all the hard work has paid off."

That senior bow came after Gilmour had made three PL2 appearances, scoring once, to help Chelsea to an unbeaten start to Division 1, which they top.

He also assisted the winner against Swindon Town as Chelsea's Under-21s triumphed in their opening Leasing.com Trophy match.

On Thursday his development was also rewarded with a new four-year contract.

Gilmour was named the PL2 Player of the Month by the Premier League's Football Development Panel.