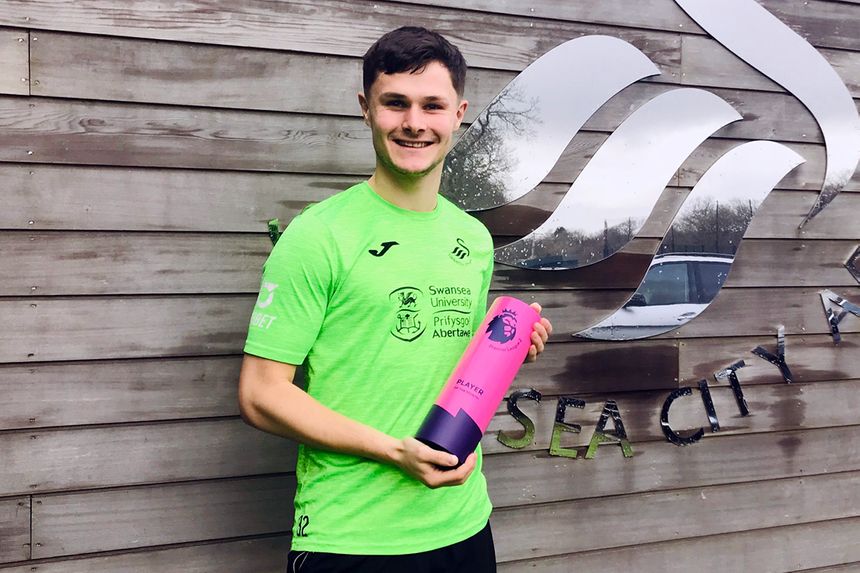 Liam Cullen has won the Premier League 2 Player of the Month award for January 2020.

The 20-year-old striker helped the Swans win both of their PL2 Division 2 matches, scoring a decisive penalty at Stoke City and getting a hat-trick and an assist in a 5-1 victory over Middlesbrough.

He then netted all four goals against Everton as Swansea set up a quarter-final against Benfica in the PL International Cup, before hitting a brace in the Premier League Cup versus Charlton Athletic.

Not only has it earned Cullen January's PL2 prize, he was also rewarded with a new contract until 2022 and has since made his senior Championship debut for the club he has been at since the age of eight.

The Wales youth international was named PL2 Player of the Month by the Premier League's Football Development Panel.