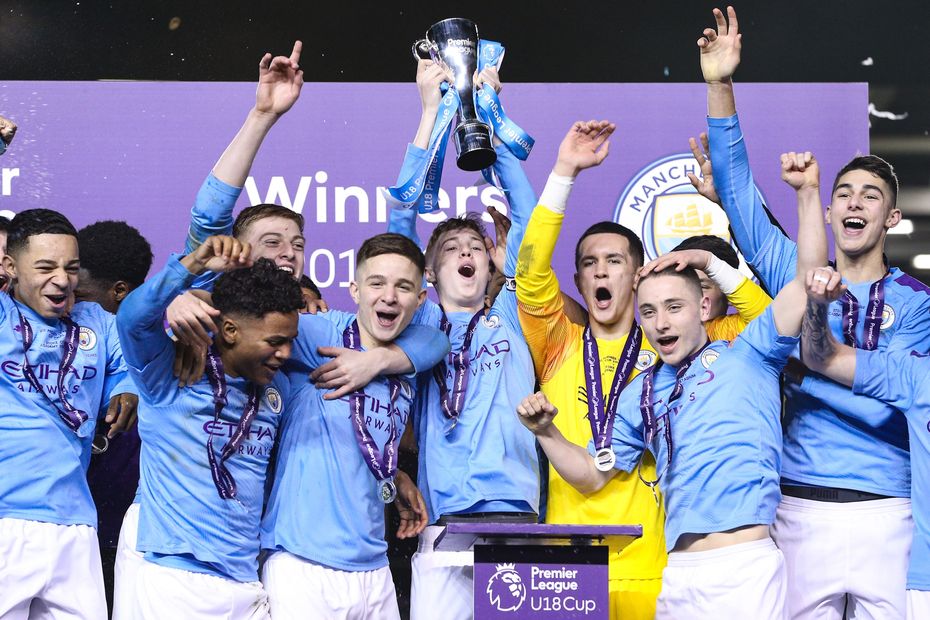 Manchester City won the Under-18 Premier League Cup for a second successive season after beating Stoke City 6-0 at Academy Stadium.

Stoke had knocked out 2017/18 winners Chelsea to reach the final for the first time but went behind to Samuel Edozie's deflected 39th-minute opener.