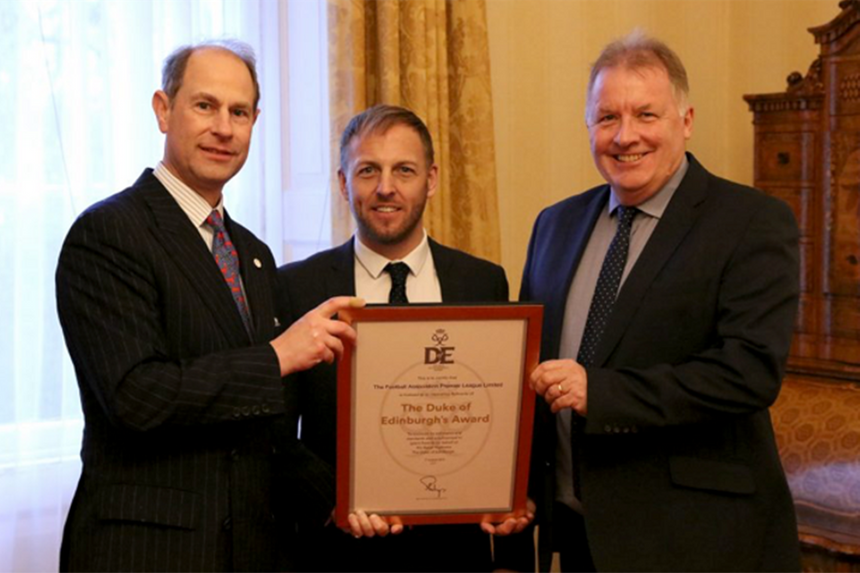 The Premier League is giving Academy youngsters the chance to learn valuable life skills by piloting a new partnership with the Duke of Edinburgh (DofE).

Under-14 and Under-15 Academy players from five clubs have been given the chance to achieve their Bronze DofE Award, in which they will volunteer, learn a new skill, be physically active and plan and undertake an expedition over a period of three months.

They journey has already started for the boys from Fulham, Manchester United, Swansea City, Watford and Wolverhampton Wanderers, who are the clubs involved in this new partnership.

Benefits on and off the pitch

"We place great importance on the holistic development of Academy players, so we are delighted that through our partnership with The Duke of Edinburgh’s Award they will gain transferable skills that will be of benefit to them both on and off the football pitch and a formal accreditation that recognises their personal achievements," said Martyn Heather, Head of Education at the Premier League.

To achieve the Bronze DofE Award, the Academy youngsters will take part in a number of community activities, including helping at care homes and running after-school football sessions.

They will learn how to offer first aid and officiate football matches, and will aim to have earned their DofE Award by the end of the 2019/20 season.

"We look forward to supporting the Premier League to give many more young players the chance to achieve their DofE Award alongside developing their sporting talents."