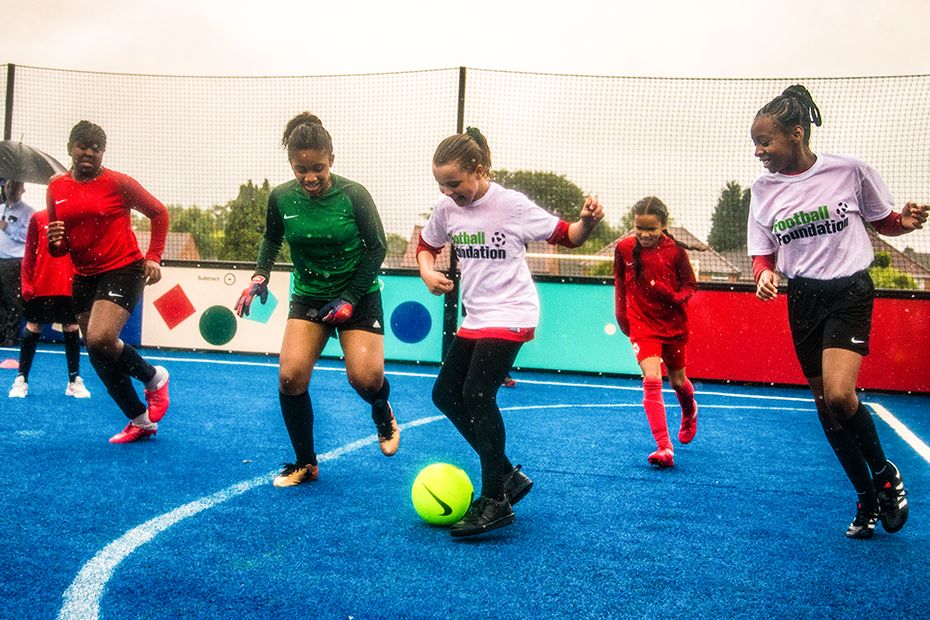 On International Women's Day, we take a look at how investment in facilities is helping to grow female participation in the game.

Girls inspired by the 2019 FIFA Women's World Cup had have more opportunities to follow in the footsteps of their heroes thanks to a new pitch in Birmingham funded by the Premier League and The FA.

Ferndale Primary School in Great Barr did not have top-quality pitches of their own and had to rely on grass playing surfaces that often became waterlogged and unplayable during the winter.

But at the start of 2019 work began on installing an all-weather 3G small-sided pitch thanks to a grant of £145,480 from the Premier League, The FA and the Government through the Football Foundation.

It will enable the school to develop its relationship with the club's Albion Foundation, who will deliver Premier League Primary Stars, disability and girls' football sessions for the wider community on the new playing surface.

The pitch will also address the issue of female participation in football in the local area, which has been identified as being below average.

"The values of Ferndale Primary School match well with those of the Premier League and The FA, so to be able to access the Football Foundation funding to fulfil these values for so many children in our community fills us with pride," said Ferndale headteacher Ruth Gillett.

"Investing in the running track alongside the pitch really shows how committed we are to supporting the health and wellbeing of our youngest children and we are excited about how this will improve grassroots sport."