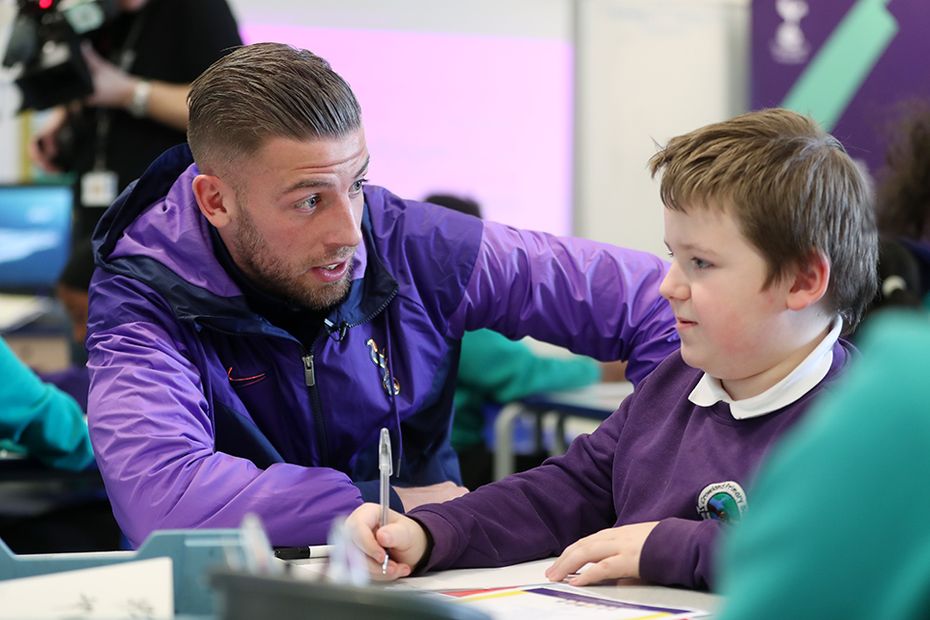 Dreaming big and aiming high is important no matter your age.

And Spurs defender Toby Alderweireld emphasised that message when he made a surprise visit to Crowland Primary School in Tottenham to promote this year's Premier League Writing Stars poetry competition.

The contest is based on the theme of ambition, and Alderweireld took part in several activities and games focused around that topic.

In one of them, he read out lines of poetry about his life and career, while the children guessed whether these were true or false.

He then encouraged the group to put pen to paper and write their own poems based on their dreams for the future.

"It was just amazing to see the kids' reactions to Toby - one of our girls was crying, she was so excited," teacher Nafisa Jeewanjee-Gilkes told the club's official website.

"We're right by the stadium and some of us see it every day but to have a Spurs player come into your classroom is just unbelievable for our children.

"Toby's words on ambition inspired them to produce some really creative work and they're already asking when they can write more poetry."

The third edition of Writing Stars uses the appeal of football to encourage primary school pupils aged five to 11 across England and Wales to get creative with their writing.

Writing Stars entries can be any form of poetic writing including a rap or lyrics, but must be no longer than 150 words.

"I really enjoyed being part of the lesson and talking to the kids about ambition, believing in yourself and working towards your goals," Alderweireld said.

"It was great to see them using their imagination and reflecting these ideas in their poetry - I'm impressed."

All poems must be submitted by post or through www.PLPrimaryStars.com by the closing date of Friday 20 March 2020 to be considered.

The campaign is supported by the National Literacy Trust and is part of the Premier League Primary Stars education programme, which has already engaged more than 17,000 primary schools.