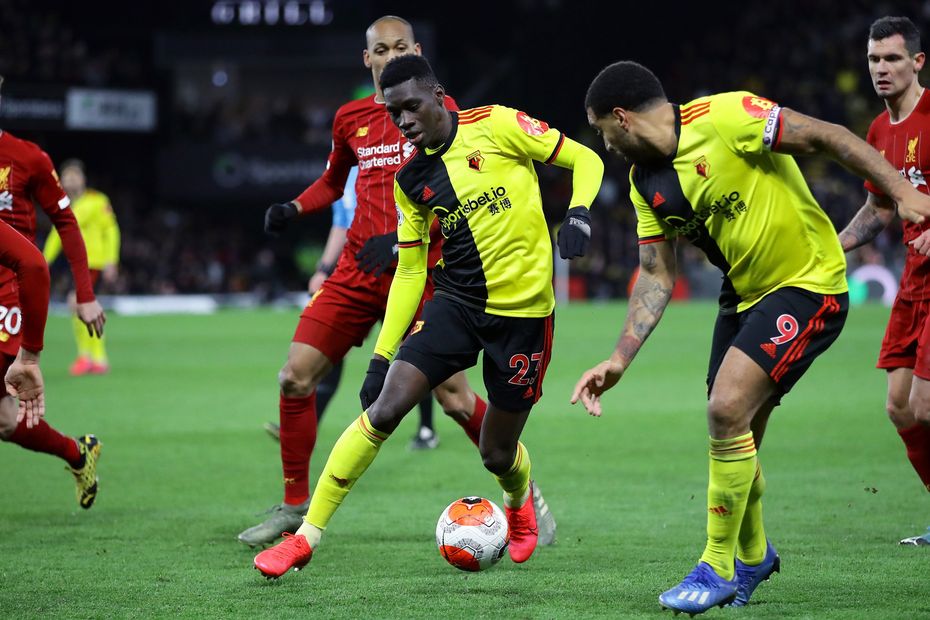 Reaction On Sarr: “It's A Coming-Of-Age Performance” External Link
GW29 FPL team news: Get the club updates
GW29 Update: Alonso risk is worth the reward

Managers in Fantasy Premier League often look to the top teams to provide the biggest source of points in their squads.

But players at clubs in the battle to avoid relegation can also be as beneficial, as witnessed in Watford's 3-0 victory over Liverpool.

Owned by fewer than one per cent of managers prior to Gameweek 28, the winger scored twice and supplied an assist.

Troy Deeney (£6.2m) was also a huge success, earning 11 points thanks to a goal and an assist.

Since Nigel Pearson was appointed head coach in Gameweek 17, Deeney's total of six goals has been bettered by only four other players in FPL.

Who had Ismaïla Sarr in their @OfficialFPL this weekend? pic.twitter.com/S5KXKaHzhf

Lewis scored the Canaries' decisive goal in the 1-0 win, with Aarons providing the assist.

They produced 15 and 11 points respectively, their highest hauls of the season.

After scoring twice in a narrow Gameweek 27 loss to Liverpool, the Hammers claimed a crucial 3-1 home win over Southampton.

Michail Antonio's (£6.9m) goal and an assist helped him to 11 points against Saints, his highest return of the campaign.

Like Norwich's Lewis and Aarons, all three West Ham players sit in less than one per cent of squads.

As FPL managers seek an edge over their mini-league rivals in the final three months of the season, looking to the battle for safety can bring in big rewards.