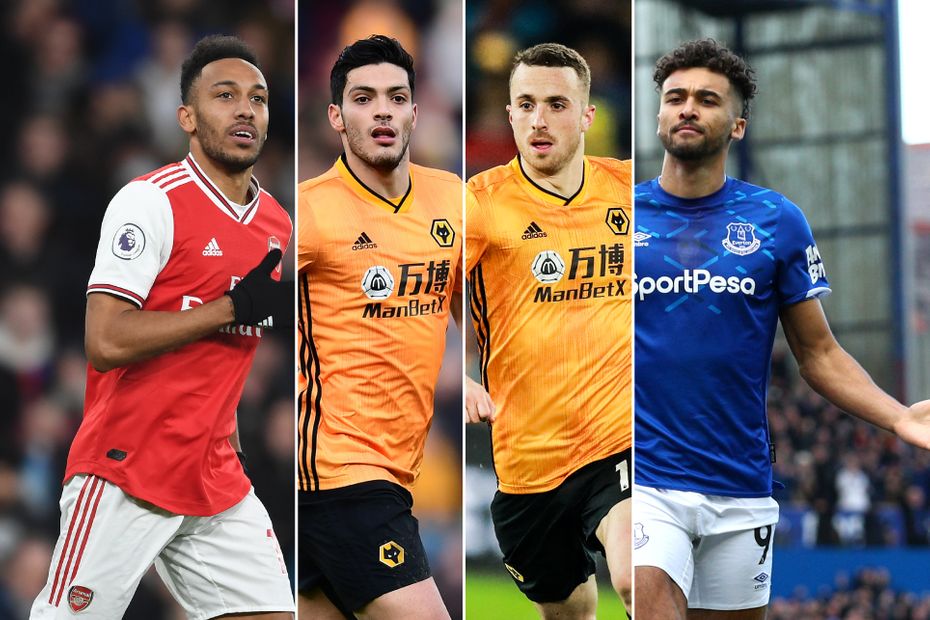 As Vardy and Ings continue to struggle The Scout highlights four replacements, with Aubameyang proving most popular

GW29 Update: Alonso risk is worth the reward
Which FPL players are on or close to suspension?

Managers in Fantasy Premier League are reassessing their options after the two most popular forwards in the game endured more disappointment in Gameweek 28.

The 34.4 per cent of managers who own Jamie Vardy (£9.8m) were left frustrated after he missed Leicester City’s defeat at Norwich City on Friday.

Meanwhile, Danny Ings (£7.2m) claimed just a single point for the 33.2 per cent of FPL bosses with him in their side in Southampton’s loss at West Ham United.

He was introduced off the bench after missing training during the build-up to the match.

Although both strikers are set to face favourable runs of opponents, they have been out of form.

Vardy has just one assist in his last seven appearances, while Ings has a single goal in six.

More than 199,000 managers have already sold Vardy ahead of Saturday’s 11:30 GMT deadline.

Pierre-Emerick Aubameyang (£11.0m) is proving the most popular replacement.

The Arsenal striker is the most-bought player in the Gameweek, earning more than 151,000 new owners.

He has averaged 6.4 points per match under Mikel Arteta, scoring six goals in seven appearances.

Three of the Gunners' next four matches score just two in the Fixture Difficulty Ratings (FDR).

Jimenez has five goals in his last six matches, while Jota has three goals, two assists and 28 points in the previous two Gameweeks.

All of Wolves’ next four matches score only two in the FDR and they are guaranteed to play in Gameweek 31, when other fixtures may be rescheduled due to the FA Cup.

Dominic Calvert-Lewin (£6.3m) provides another solution in the cut-price bracket.

The Everton forward has five goals and an assist in his last six outings, scoring against Arsenal and Manchester United in back-to-back Gameweeks.

That suggests he has the form to overcome a tough run of opponents, with four of the Toffees’ next five matches scoring four in the FDR.

Paul Gee (@FPLPaulGee): Patience is key as the midweek FA Cup matches will have a big say on the schedule for Gameweek 31. I fancy a bit of rotation at Anfield next week now Liverpool’s unbeaten record has gone and they switch their attention to the UEFA Champions League. My No 1 target is Jimenez. I will wait for information on Vardy and early team news for Roberto Firmino (£9.7m).

Sam Bonfield (@FPLFamily): The forward position is the perfect storm of form v fixtures. Vardy has fixtures but not form and is carrying an injury. Calvert-Lewin has form but the fixtures are difficult. It means FPL managers have a decision to make. I prefer form but in Aubameyang and the Wolves strikers we have options who have a great mix of form and fixtures and thus seem to be the go-to options right now.

Lee Bonfield (@FPLFamily): I’m interested to see how Aubameyang and his team-mates react to their disappointing result in Europe. Will it spur him on to crack that top four? The fixtures suggest that he will have the platform, starting with a very "captainable" looking match at home to West Ham.

Ben Crabtree (@FC_CrabDogg): Vardy will get at least one more chance. My big decision is whether to save a transfer or swap Sergio Aguero (£11.9m) out for Aubameyang.

Holly Shand (@FFCommunity_): I'm a very happy Calvert-Lewin and Jimenez owner right now. Despite great fixtures for Saints, I fear that Ings needs to go. It will be Aubameyang or Jota who replaces him. Finalising my chip strategy will influence which one I go for.

Chuck Booth (@ChuckBoothSport): If you still have Vardy in your side, I would wait a little to see if Aubameyang gets a Double Gameweek confirmed because that makes him the top option for this spot. As for Ings, getting some much-needed rest versus West Ham should do him some good. With Newcastle United and Norwich on the horizon, I'm giving him a little more time but my patience is running short.

Neal Thurman (@nealjthurman): I have an irrational love of Jota so the fact that he's on fire and has a great schedule makes him an easy choice for me.