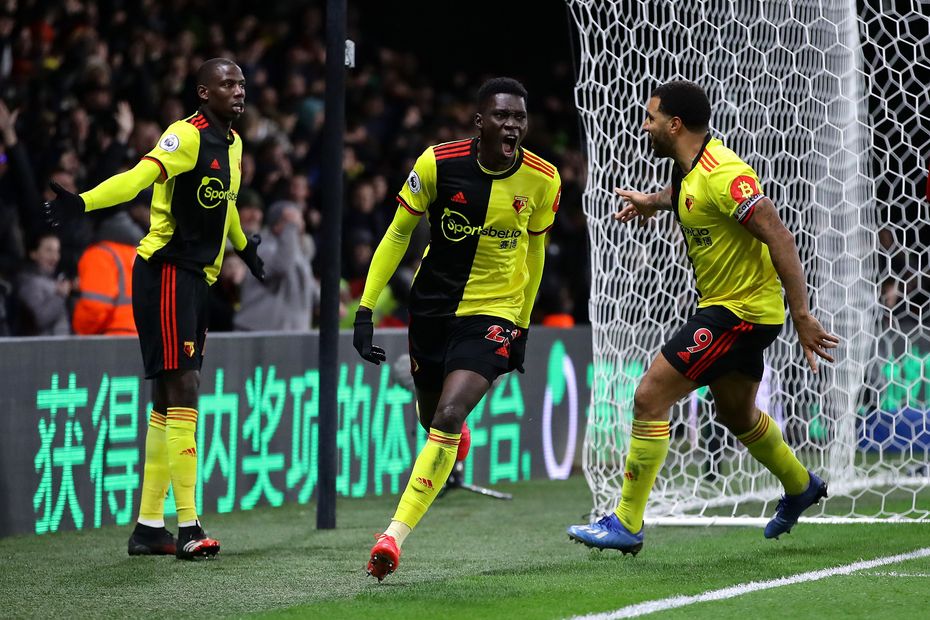 Two goals and an assist against Liverpool helped Ismaila Sarr (£6.2m) to his season-high haul in Gameweek 28 of Fantasy Premier League.

The fit-again Watford winger earned 19 points in his first start since Gameweek 23, rewarding the faith of his 0.6 per cent ownership.

Sarr has eight attacking returns in as many starts under Nigel Pearson but it is at home where he has really excelled.

He has averaged 9.4 points per match at Vicarage Road for the Hornets' head coach, scoring four goals and supplying three assists in five appearances.

Sarr was among a number of successful differentials for the reduced Gameweek, with his team-mate Troy Deeney (£6.2m) also producing a double-figure return.

The Watford striker earned 11 points thanks to a goal and an assist.

Marcos Alonso (£6.0m) is currently the highest-scoring defender in Gameweek 28 after claiming 16 points in Chelsea's 2-2 draw at AFC Bournemouth.

The wing-back scored both his side's goals, taking his tally to 24 points in the last two Gameweeks.

Alonso has produced attacking or defensive points in all eight of his appearances in Frank Lampard's starting XI this season.

Norwich City full-backs Jamal Lewis (£4.4m) and Max Aarons (£4.3m) are the only other defenders to record double-figure hauls in Gameweek 28.

Lewis scored the decisive goal in the Canaries' 1-0 win over Leicester City on Friday evening, with Aarons supplying the assist.

Pope extended his lead as the top-scoring goalkeeper in FPL with a 10-point return in Burnley's goalless draw at Newcastle United.

He is the only player owned by more than 10 per cent of managers to score in excess of three points in Gameweek 28 so far.

A number of overlooked West Ham United attackers also excelled over the weekend.

Indeed, four of the top-scoring midfielders or forwards in Gameweek 28 are Hammers’ players.

Michail Antonio (£6.9m) was their top FPL performer in a 3-1 win over Southampton, scoring once and providing an assist to pick up 11 points.