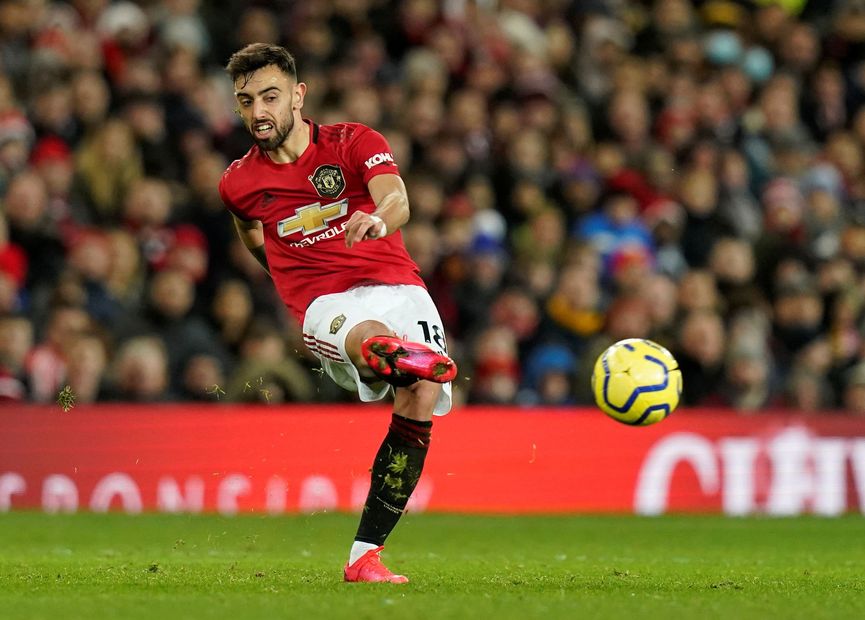 On the opening weekend, Manchester United seized upon Chelsea's inability to deal with the counter-attack to earn a 4-0 win.

United's strength in such situations will only be reinforced by the arrival of Bruno Fernandes.

At Sporting Lisbon, he scored many of his goals on the break by making clever runs beyond the defence.

Without Marcus Rashford's pace on Monday night, the guile of Fernandes will be an asset for the visitors at Stamford Bridge.

Already at the forefront

Despite the 25-year-old's Premier League debut ending without a win, Fernandes did enough to get Man Utd fans excited.

Constantly on the move, the attacking midfielder made 86 passes in the 0-0 draw with Wolverhampton Wanderers, which was more than any of his team-mates.

An impressive 42 of those were inside the final third and he also had five shots at goal, all from outside the penalty area, with three on target.

Watch every touch from his debut

When looking at the numbers from his time with Sporting earlier this season, it is clear Fernandes offers a varied threat.

His eight league goals came at a rate of one every 191 minutes, and he also had seven assists before heading to Old Trafford.

Fernandes is at his best when dictating play from deep and I believe it suits him to be part of a three-man midfield as opposed to a No 10.

He is often drawn towards the right side of midfield and we saw signs of that against Wolves.

The Portuguese exchanged 33 passes with right-back Aaron Wan-Bissaka and there is certainly potential there for a promising partnership to flourish.

In the last two matches, Wan-Bissaka crossed 12 times, made eight dribbles and six key passes, a far higher return than his usual output.

Fernandes can bring greater regularity to such numbers and so Chelsea will need to track both players closely to avoid being punished.

Chelsea like to dictate possession and Man Utd prefer attacking on the break, so we could very well see a repeat of the tactics deployed in the reverse fixture.

Highlights of last time they met

While the visitors are not at their best, they will be encouraged by the way their opponents are playing.

Chelsea lost their shape in recent matches against Arsenal and Leicester City and their defence could be exposed once more.

Should Frank Lampard's men fail to learn from previous mistakes, Fernandes could be the player to capitalise.